A few weeks ago, we reported on a Battlefield 4 survey put into circulation by Electronic Arts that suggested a number of possibilities for the title like naval warfare, a dino-survival mode, dynamic environments, new weapons and classes, and much more. You can check out our earlier report in full right here.

While we received confirmation from EA that the survey is official, many of us have yet to see its actual contents. Luckily, MP1st reader Rubén Santana brought to our attention some images of the survey, originally posted by reddit user BattlefieldBastard, revealing it in full.

What was not mentioned earlier were some of the details of dynamic maps, like sounding vehicles alarms when bumping into them mistakenly, cutting power to buildings to envelop enemies in darkness, and seas that “swell” or become “stormy.” Mention was also made of “Battlepacks,” yielding possible rewards bonus XP boosts, knives, weapon attachments, soldier camos and weapon paints.

Again, EA has stated, “these are just some of the ideas included in our survey and [are] not indicative of anything we have in the works.” So you might want to keep that in mind before getting too excited.

Check out the survey and let us know which parts you hope become a reality in Battlefield 4 releasing this Fall on the Xbox 360, next Xbox, PS3, PS4 and PC. 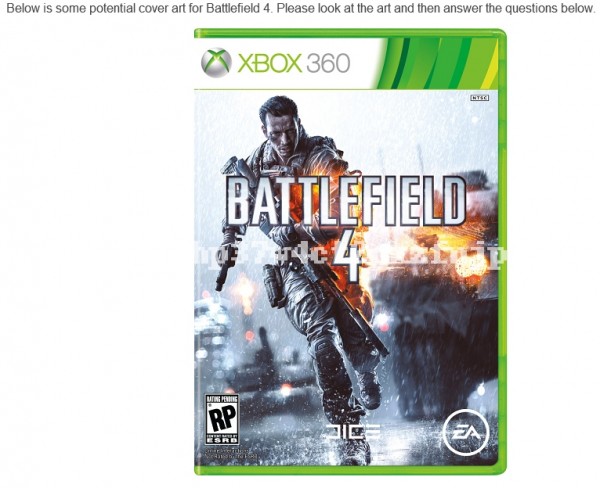 No Multiplayer Mode in Wolfenstein: The New Order