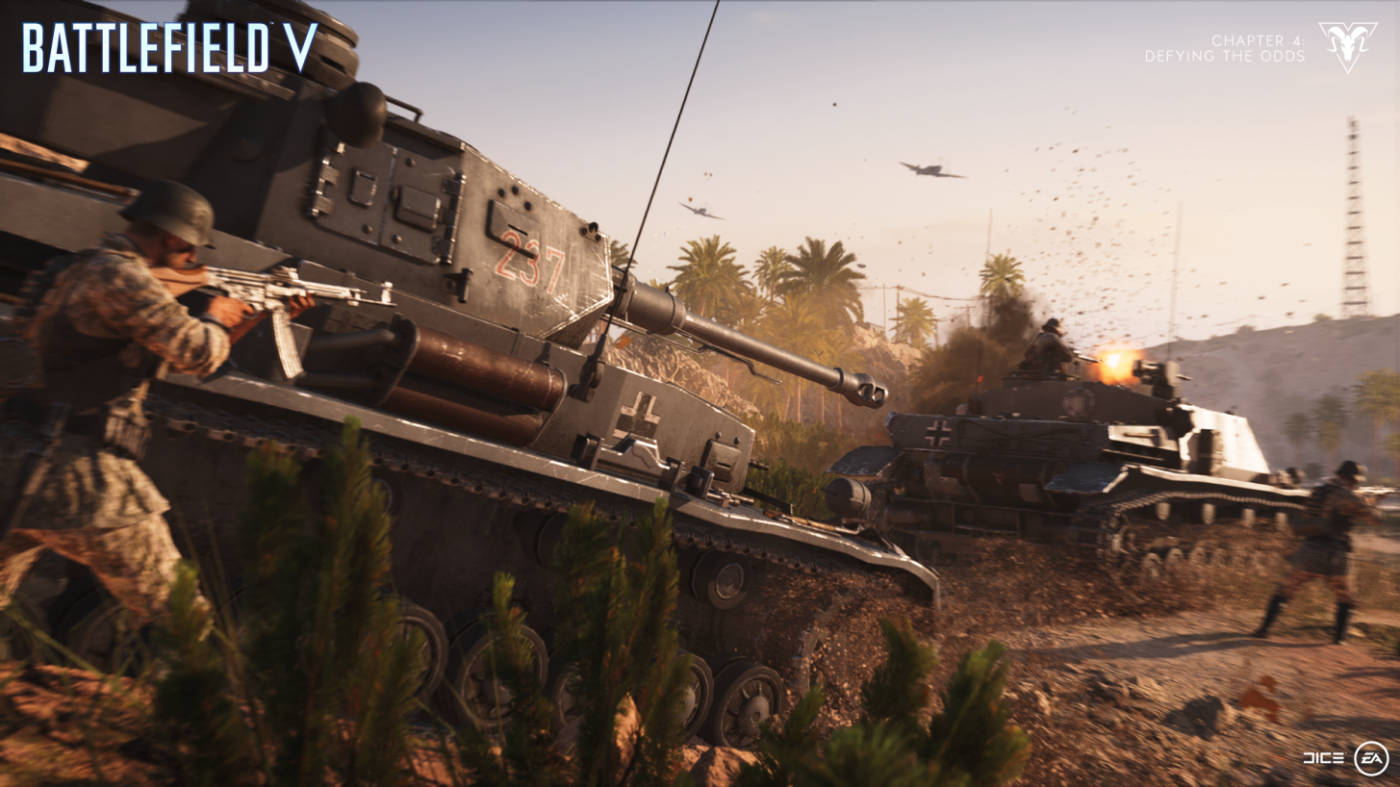 In case you didn’t know, dataminers have uncovered a Battlefield 5 5v5 competitive mode in the game’s files as early as in Q1 2019. We even got gameplay info about it, mode-specific maps, and so on from DICE via datamining the other patches for BF5. Well, unfortunately, I’m here as the bearer of bad news! DICE has announced that it has officially cancelled the Battlefield 5 5v5 competitive mode!

DICE cites that it’s dropping the mode to focus on improving the quality of the game, and adding more content as causes for the cancellation. However, even with this cancellation, DICE says that it will still pursue building a competitive experience in Battlefield (not saying Battlefield 5 specifically).

An Update on Competitive Battlefield V

The added focus on improving the quality of the experience and adding more of the content you want has led us to step back from our original plans to offer a competitive 5v5 mode. Not creating this mode was a tough decision, but vital for us to more quickly reach our bug-crushing and content goals. However, we will still pursue building a competitive gaming experience in Battlefield™. We know that there’s already an existing competitive scene in our community, and we’re helping build features to support these communities. We want to work more closely with our players to help improve the tools that they have available to shape their play experience. This way, we can better support the places where competitive Battlefield V play already exists.

This change in focus allows us to better deliver on our promise of new content that we know our players will love, as well as providing new ways to enjoy some of our more intense existing modes.

The Al Sundan Map and Other Updates

Seeing you deploy on the North African battlefield of Al Sundan has been great – and we know you’re patiently waiting on the map on the larger modes. The map has not been available on all intended modes due to unwanted issues that came with Chapter 4, which unfortunately created an unusual graphical problem we haven’t found a solve for yet. You can play on Al Sundan today on Squad Conquest and Team Deathmatch without that graphical problem, but we naturally want this map to function properly across all intended modes, such as Conquest, where this vast desert map really shines. The team is pushing to get the fix into our 4.6 release next month, but we can’t confirm that just yet, as we first want to make sure the fix is working properly and won’t create problems elsewhere, which has been the case with some past updates.

To offset some of the bad news you’ve read above, don’t forget that two new maps are coming to the game next week, and they’re free! Check out gameplay of both maps right here.