DICE has rolled out a Battlefield 5 armory update ahead of patch 5.2, and it’s live now on all platforms. If you don’t find anything you like there, you’ll have to wait, as this one will rotate out in two weeks. 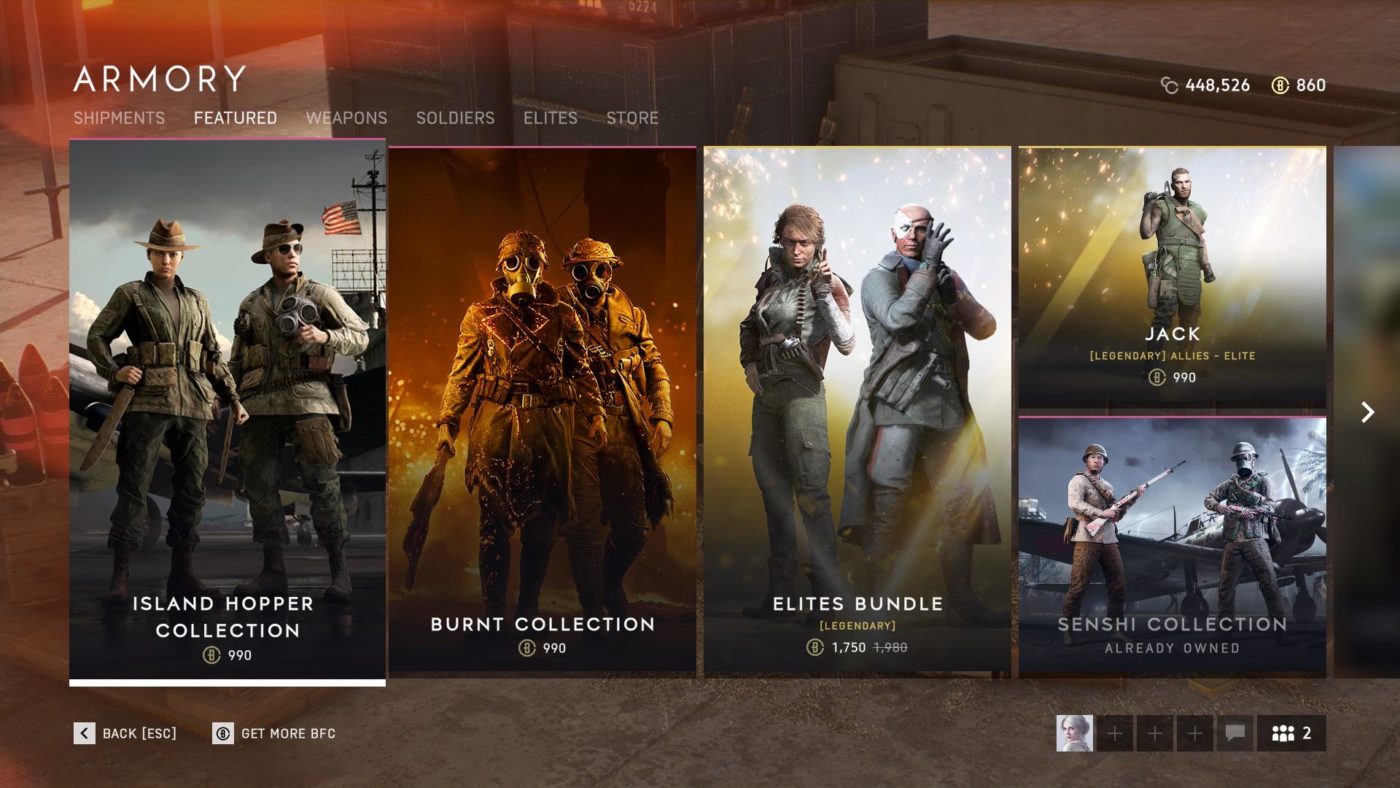 I have to admit, this isn’t the best Battlefield 5 store refresh at all. I mean, we are nearing the end of 2019, and I assumed DICE would want to pull out all the stops to get people to spend some Boins (Battlefield Coins nickname), but that doesn’t seem to be the case. We will get a new store refresh before the year is done though, so maybe then?

In other Battlefield 5 news, DICE is planning to release update 5.2 later this week, along with an announcement regarding Community Games (Private Games), though nothing has been confirmed just yet as of today.