Are you one of the many people who always just got to have something to obtain or earn in multiplayer games? Already reached max rank in Battlefield 5? If so, DICE has heard you, and is implementing a Battelfield 5 level cap increase soon!

In the studio’s latest Community Broadcast, DICE has announced that a Battlefield 5 level cap increase will roll out in the “latter part” of Tides of War Chapter 4: Defying the Odds! For those who are already at level 50, rejoice! The new max rank will be Career Rank 500!

According to DICE, every 50 ranks you earn will grant you a Promotion. During ranks gained from level 51 through to 100, players will receive Company Coin, and this will repeat after each Promotion. 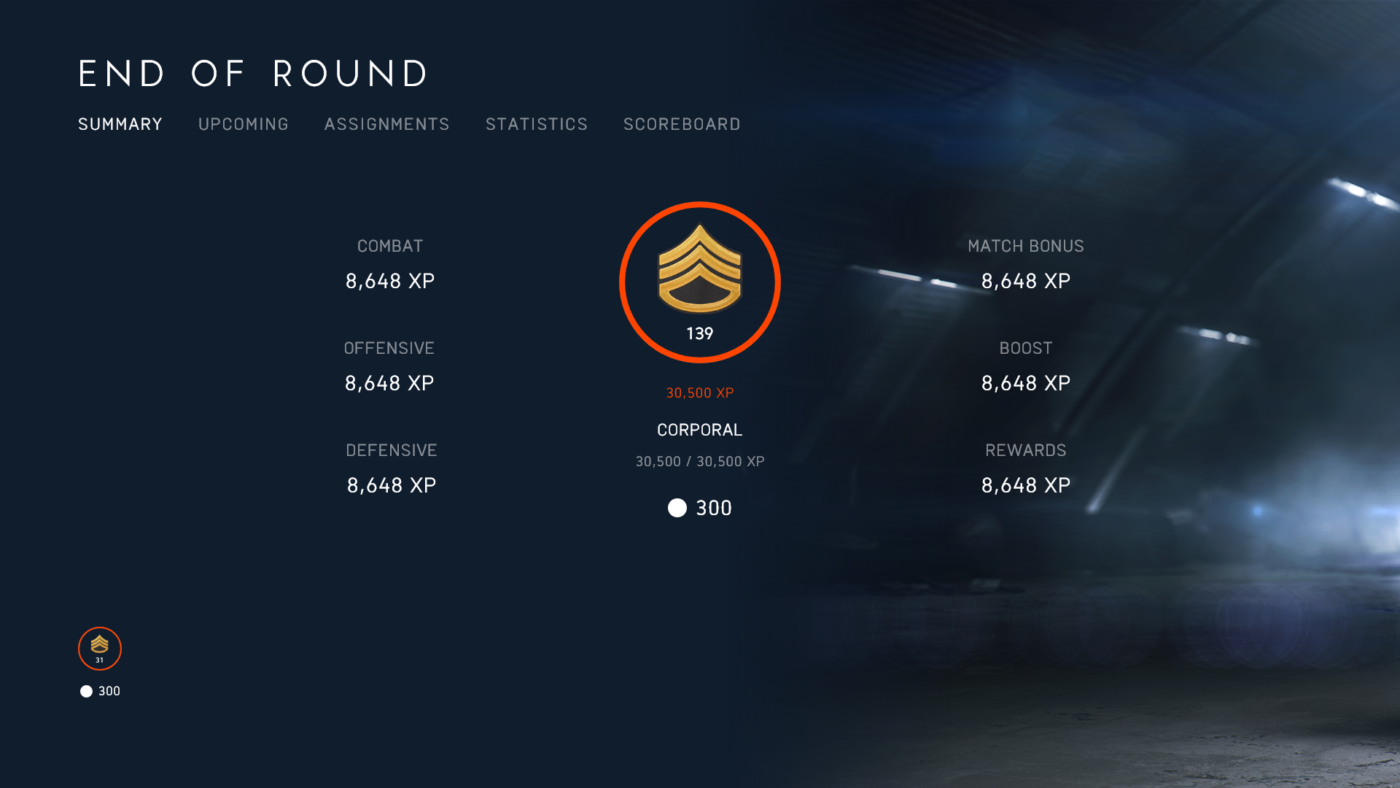 Note: This is only a mockup image with placeholder info

According to DICE the distance from Rank 50 to Rank 51 (and the succeeding Ranks to follow) won’t be in the same trajectory that got the player from Rank 49 to 50.

DICE says that after each Promotion, the XP curve is reset, but is also made “stronger, with mich bigger jumps in the curve coming for the final Promotions.

Of course, ranking up and such won’t be fun if you don’t get rewarded, right? Here’s what DICE had to say about it.

By the time you reach Rank 500, you’ll have earned close to 2 million in Company Coin, just from ranking up by playing the game. Once you reach level 500, you’ll continue to earn Company Coin through Assignments, Daily Orders, and Tides of War Rewards. To help balance out the addition of Company Coin earned per rank, you will find that End of Round Company Coin awards will be switched off once the new ranks are added to the game in August.

Again, this Battlefield 5 level cap increase will go live in the latter half of Chapter 4, and not at teh start of it. Once we get a firm release date on this, we’ll let our readers know.

The Division 2 Maintenance Is Happening Now, Here’s What’s Going to Be Rolled Out