Does it irritate you in past Battlefield games that you had to choose between being a healer and or being an attack medic? It seems players will be able to be both at the same time in Battlefield V!

With Battlefield V now playable for every gamescom attendee, it seems some more info are coming out of the woodwork! One of the biggest ones in terms of gameplay mechanics is that the medic class can now equip two items AND a syringe! Yes, that means you don’t need to leave your revive tool just so you can bring a grenade launcher and a healing kit!

Medic carries syringe regardless of the gadgets you choose! from BattlefieldV

Another bit of info that’s now known is the redesigned minimap and squads menu! It now shows your squads’ health in a circular healthbar around their names.

In case the image above doesn’t show up for you, it looks like this: 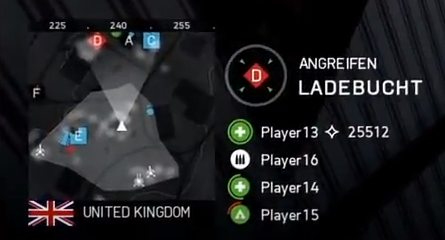 Now you don’t even need to hear any comms or in-game chatter to guess whether your teammates need health or not!

In other Battlefield V news, check out how DICE has shaken up the gunplay this time around, and even used Battlefield 3 as an inspiration.