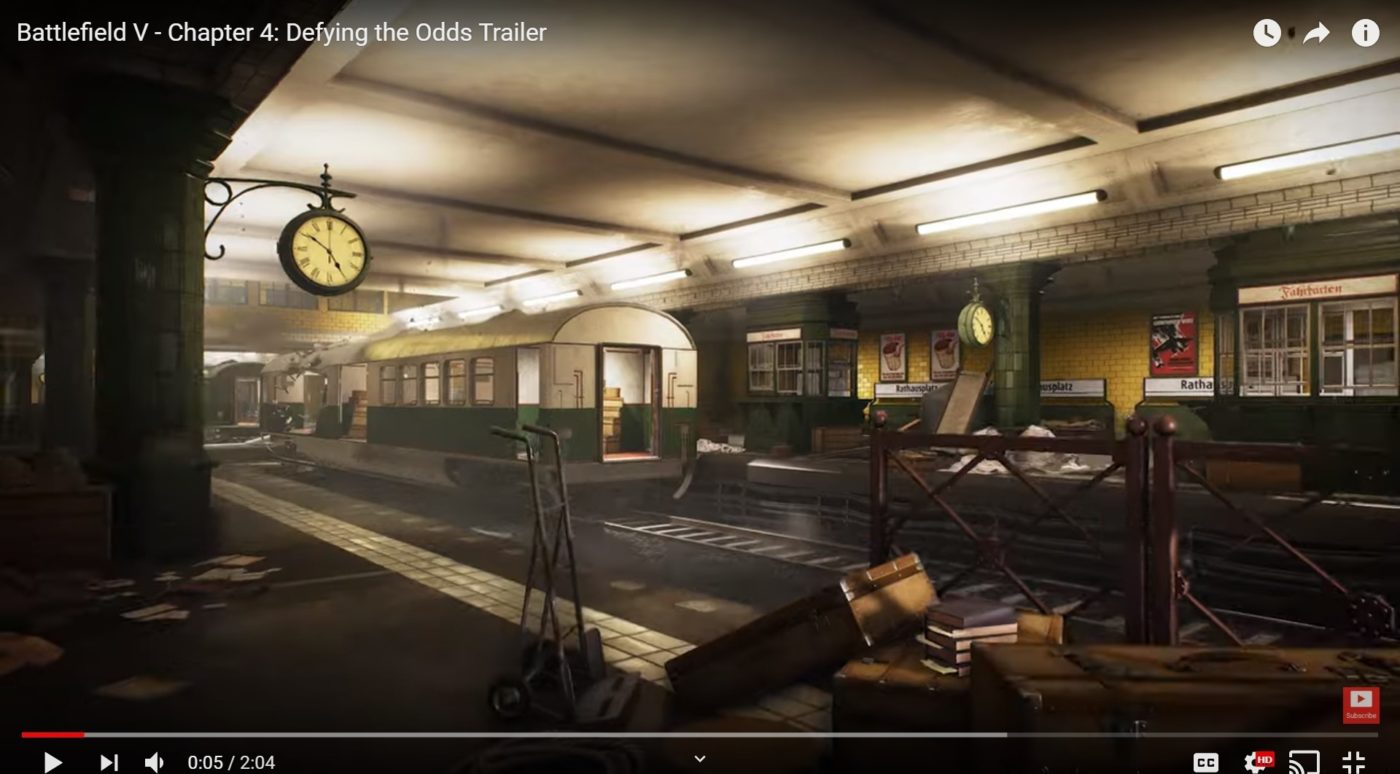 Check out the Battlefield 5 Operation Underground gameplay trailer below!

Drawing inspiration from the Operation Métro map featured in Battlefield 3 and Battlefield 4: Second Assault, Operation Underground is a true passion project in level design. Featuring intense close-quarter combat, the map takes place in a war-torn German city environment across diverse play areas including urban streets and courtyards, and within the narrow tunnels of the German underground railway, passenger and supply trains. The trains are halted when artillery fire ruptures the ground above, causing both sides to navigate through the confined space to reach the other side.

Here’s the map breakdown and capture points straight from DICE:

Operation Underground at a Glance

You’ll experience fast and dynamic firefights in a train station, on city streets, and on an open plaza when playing the objective on Operation Underground. Below, we’ve detailed these three main areas.

This point is all about city streets and courtyards with plenty of enterable buildings with several floors. The area was an important hub for the city’s military activity, which is why it was bombed by the Allies before the attack.

The train station served as both a shelter and a crucial part of the supply line in and out of the city. Down here, German soldiers are still lingering and must be defeated before the Allies can claim the city is free of enemies. The area will be familiar to fans of Operation Metro-style gameplay – but with more flanking routes! Prepare for occasional floods, opening and closing access to handy shortcuts.

This is the command center of the city’s German operation. The plaza is a more open area with a big accessible town hall in the center. Converted to a military command center that pulls the strings of the German defense of the city, the town hall has limited access to higher floors, but many rooms on the first floor.

Tips for Success on Operation Underground

The minimap datamine leak seems to be accurate too, as game modes available will be: Breakthrough, Conquest, Squad Conquest and Team Deathmatch.

Don’t forget to check out today’s patch that dropped, which doesn’t add anything new, but rolls out fixes.