Battlefield 5 US and JP Factions Arrive in Secret, Firestorm Respawn System Being Worked On

Looking forward to new factions in Battlefield 5? It seems DICE has sneakily slotted in the Battlefield 5 US faction, and the Japan faction in its latest patch.

Thanks to Battlefield dataminer temporyal, we get to see evidence of this, plus pictures of unreleased gadgets, news on being a Battlefield 5 Firestorm respawn feature and more!

US and Japanese factions arrived (secretly)

DICE took first steps towards individual factions for the Pacific and implemented the US and Japanese as seperated parts in the company. Take a look at this image to understand what happened behind the curtain: 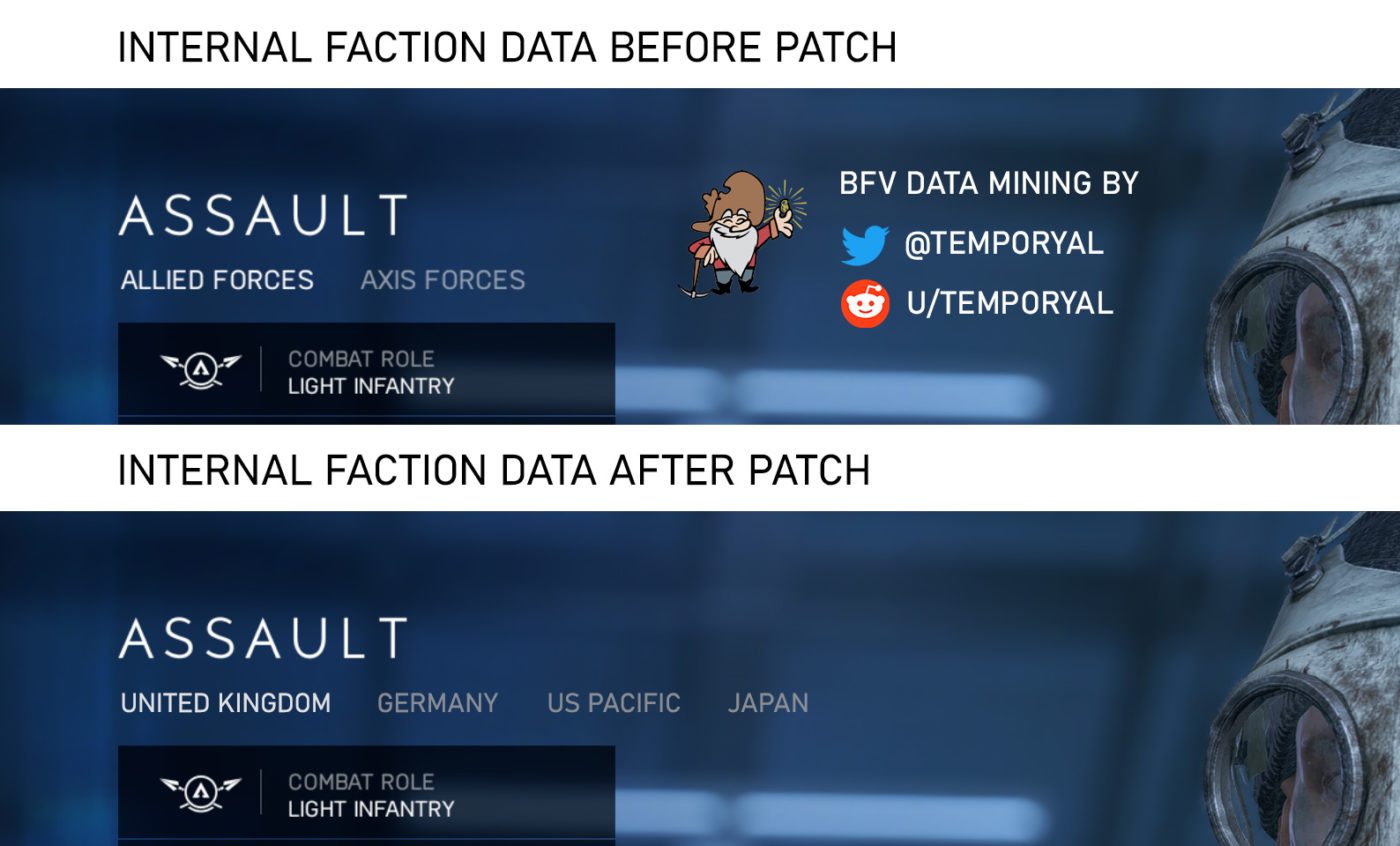 Before the patch we had just Allies and Axis depicting UK and Germany. These parts were internally renamed to “Allies – UK” and “Axis – Germany”. Though not visible DICE additionally added “Allies – US Pacific” and “Axis – Japan” next to the existing factions.

Note: The faction titles in the second part of the image were done by myself because the internal names (“Allies – US Pacific”,…) are just too long. We’ll see what DICE is going to choose in Tides of War Chapter 5. 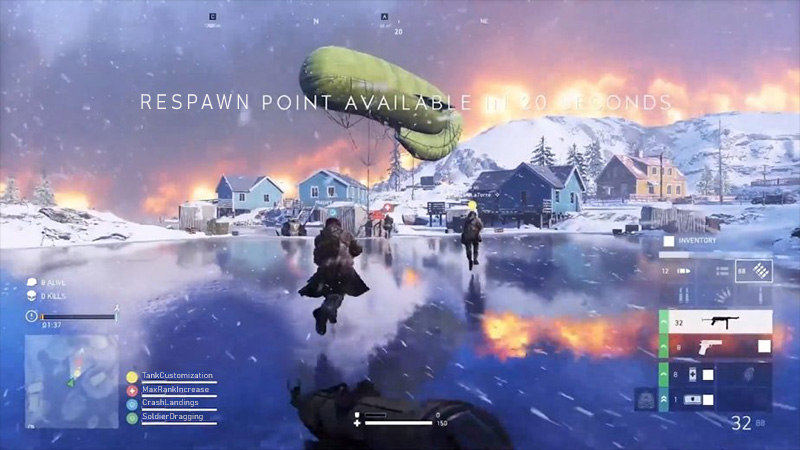 The recent patch shows some significant signs in various files that DICE is working on a respawn system for the squad and duo (yeah I know…) version of Firestorm. 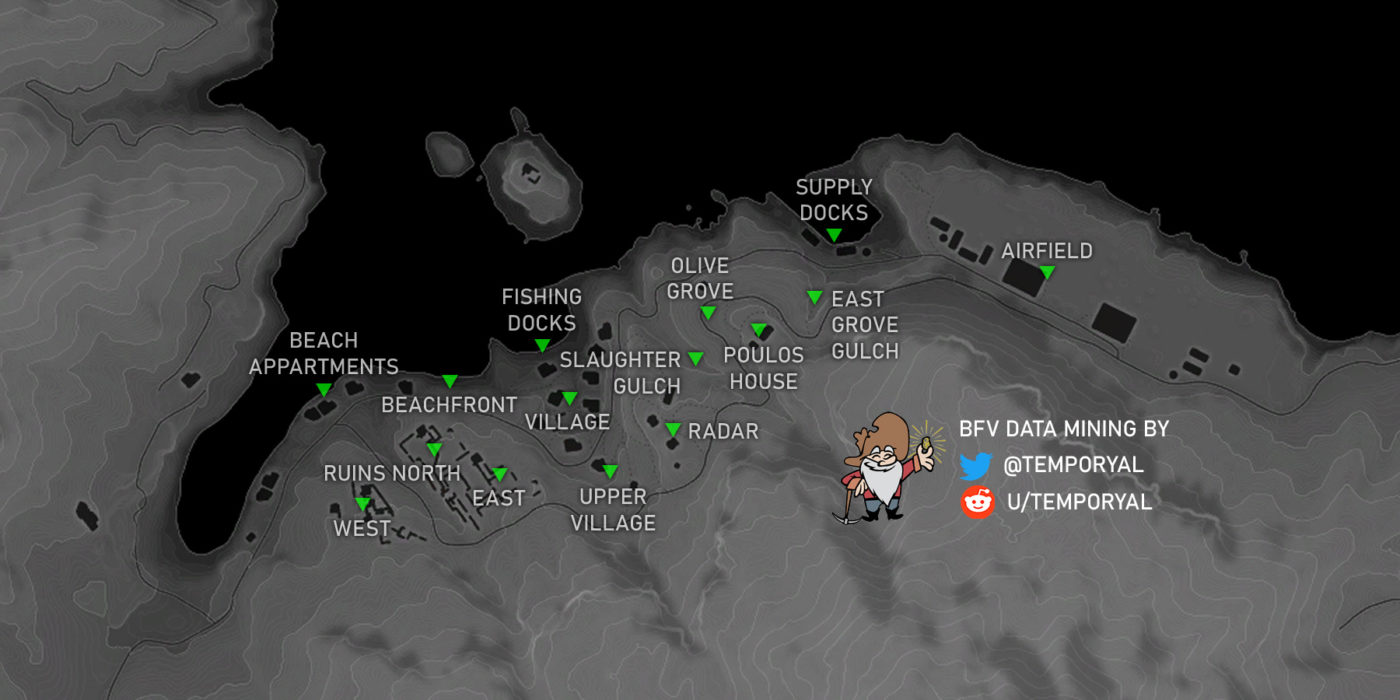 I’ve read a lot of questions about the actual combat area of Mercury after posting the complete minimap a few days ago.

While I am not able to exactly track it down I think the named locations give you a pretty good idea where you will be engaging other players. 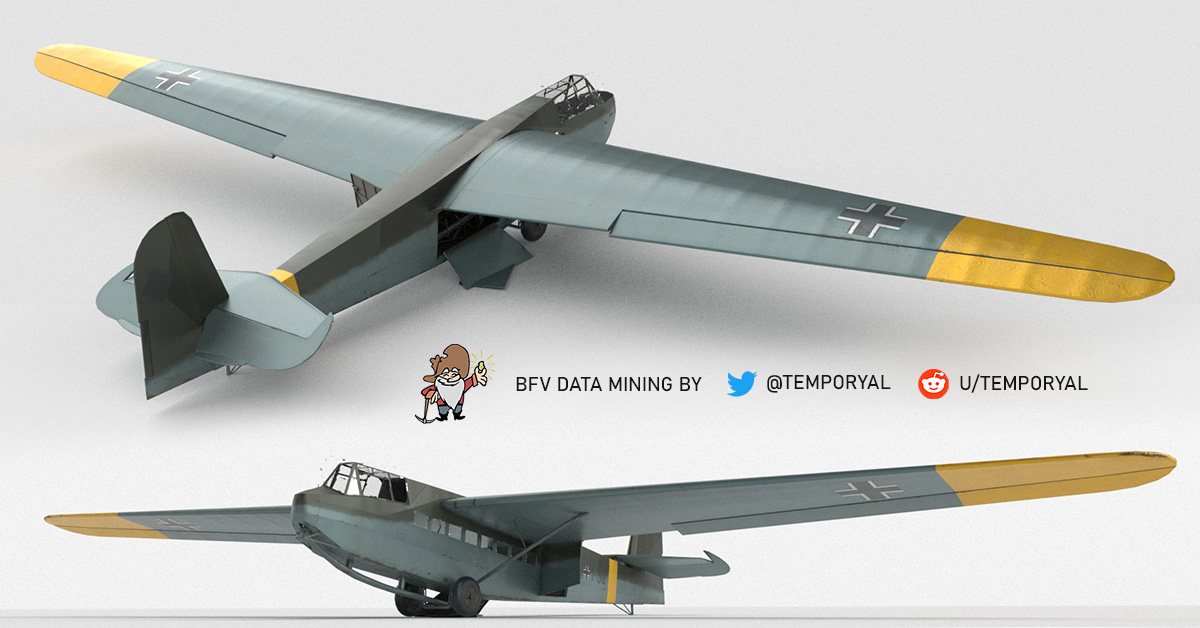 Ingame model of the DFS 230, a German transport glider operated by the Luftwaffe in World War II. It played a significant role in the Battle of Crete and will therefore be featured as a non-usable asset on Mercury. 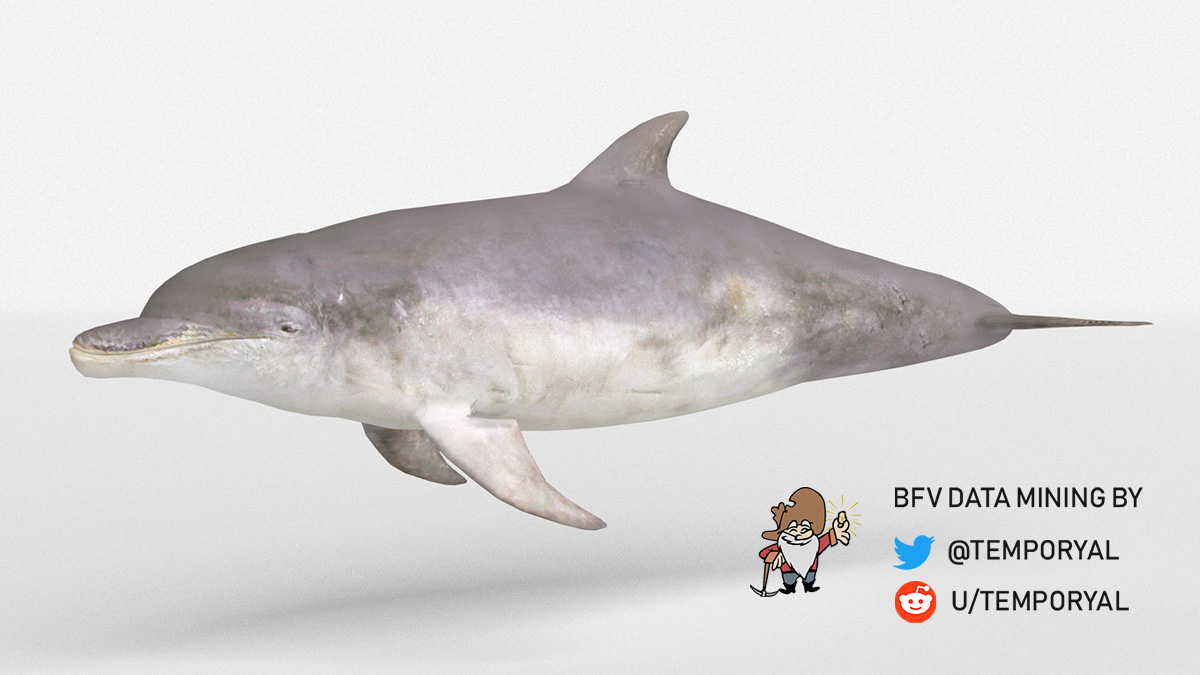 Yes, there is an in-game model of a dolphin in the game files!

It is no surprise that we’ll get a new Grand Operation with the launch of the second greece map (“Marita”). Here is the structure:

Temporyal is unsure whether this is a new game mode or something else. It’s coming in Chapter 5, and could be an alternative to Grand Operations.

A new squad reinforcement is called “High Altitude Reconnaissance” and “Spots both Teams”. It’s probably a call-in airplane (non-usable) with a spotting camera flying over the target zone and it surely has some “recon plane” vibe which we’ll get for 5v5 mode.