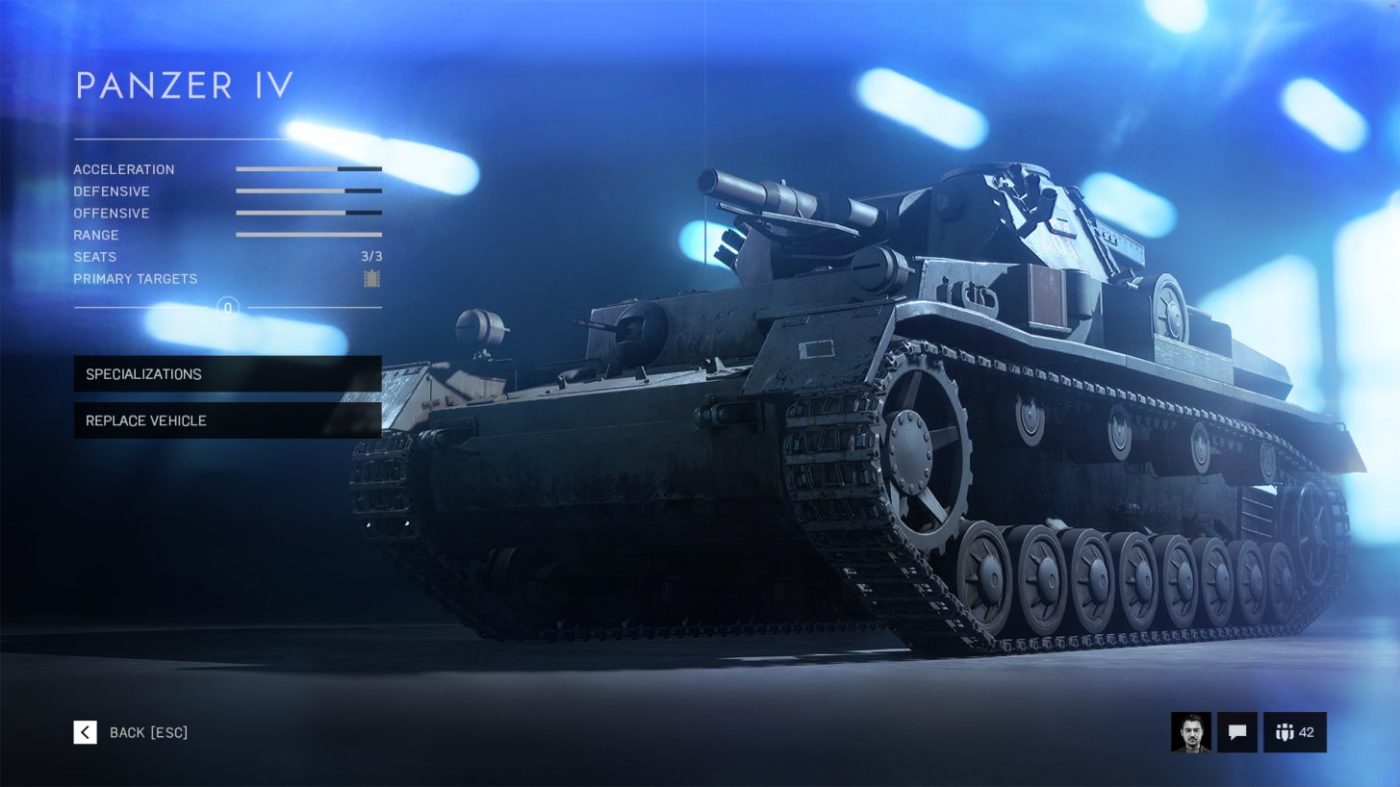 As part of DICE’s week-long info drop on weapons and vehicles, DICE has now lifted the lid on how vehicles are upgraded in the game!

Players will be able to obtain vehicle Specializations by spending the in-game currency called Company Coin, which will allow them to tailor vehicles to how it fits their playstyle. Using the Panzer IV as an example, DICE outlines what a complete vehicle path looks like, and how it will work to create a vehicle that you want to use. 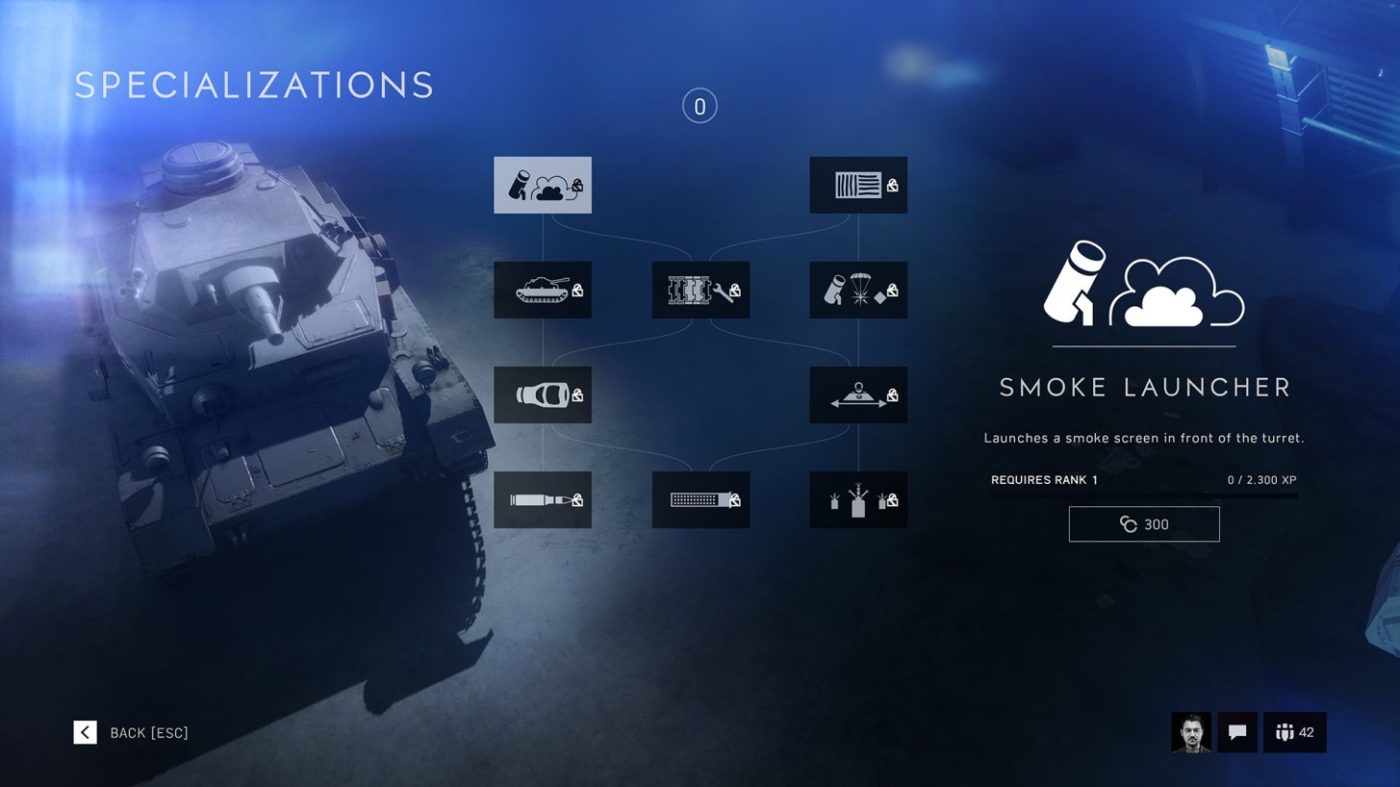 Specializations for the Panzer IV
To give you an inkling on how a Specialization journey may look like, let’s look at the Panzer IV, the German medium tank used extensively during World War 2. As shown in the image above, there are three columns to navigate between in your Specialization route. First, look at the four upgrades in the left column, which will be extra interesting if you want to create a tank good at fighting other tanks.

Smoke Launchers: Fits multi-barreled smoke grenade launchers to the side of the turret. Allows the driver to launch smoke grenades in the direction of the turret, providing a dense smoke screen that obscures vision. Replaces the default Smoke Generator.

Armor-Piercing Round: A limited quantity shell that has increased damage and penetration versus armored targets.

On the right side of the tree you’ll find Specializations tailored towards making your Panzer IV more efficient against infantry. Again, you can choose to stay exclusively on this side when specializing, or take detours to the left and middle side.

Zimmerit Paste: Coats the tank in paste, which makes it impossible for grenades and mines to stick to the hull.

Flare Launcher: Fits the tank with turret-mounted launchers, for launching flares that spot enemies in an area for a limited time. Replaces the default Smoke Generator.

S-Mine Launcher: Fits the tank with multiple launchers that deploys air-bursting explosives in a 360 pattern around the tank, for proximity defense against infantry.

The middle column has two Specializations to offer: one which is available as your second choice, the other a perk that can wrap up your Panzer IV Specialization journey.

Case Round: Allows the tank to load a shrapnel shell for blasting soft targets at close ranges.

Same as in weapon specializations, players can re-spec the vehicle upgrades to try new combinations. And coming post-launch are Special Assignments just for vehicles that will let players unlock cosmetic rewards.

Call of Duty: Black Ops 4 Blackout Map and Mode Gets the Spotlight in These 2 Videos