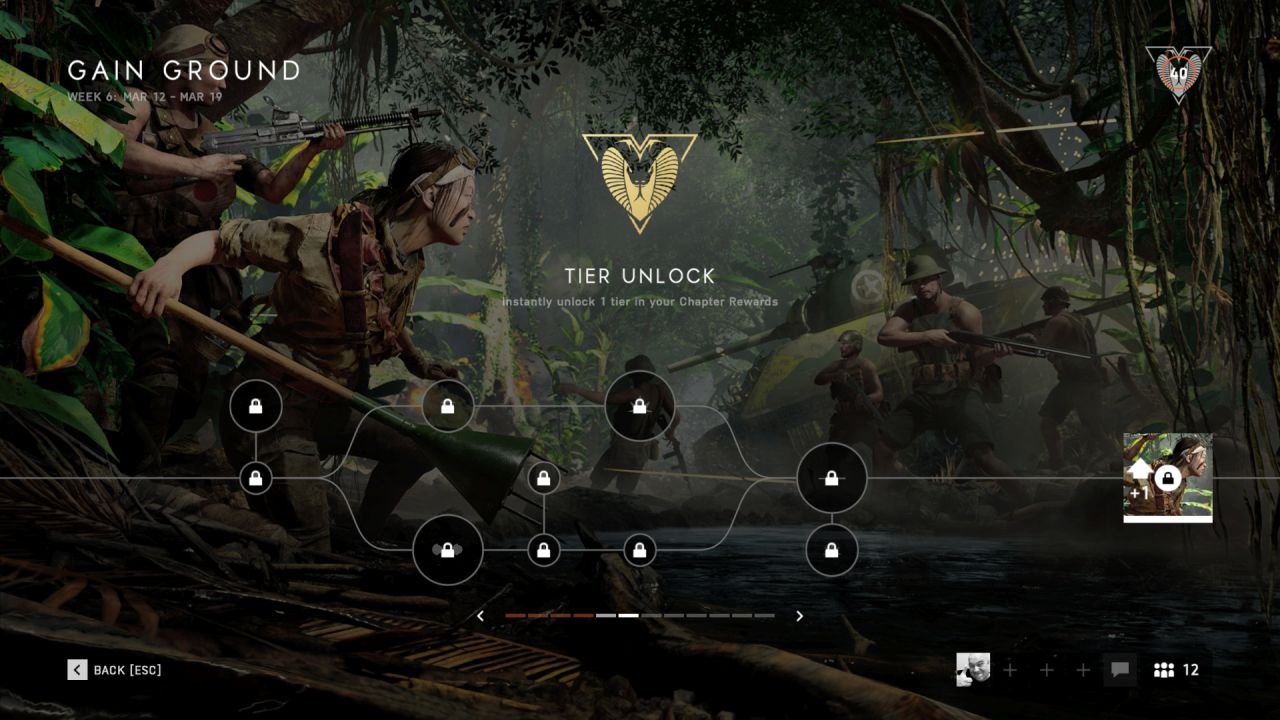 DICE has rolled out the Battlefield 5 weekly challenges and rewards for Tides of War Chapter 6 Week 6 called “Gain Ground.”

When matchmaking through the nodes, you’ll be joining our Grind playlist:

CARROT AND STICK – 5,000 CHAPTER XP
Kill an enemy or revive a teammate.

ALL IN THIS TOGETHER – 30,000 CHAPTER XP
Revive or be revived by teammates 50 times.

Unfortunately, this week’s reward is just a Tier Unlock and not a new weapon or skin. But hey, you can’t have everything all the time, right?

While this week’s Battlefield reward isn’t really all that exciting, players will be glad to know that DICE rolled out a server-side fix earlier today during maintenance, and it fixes the end of round report bug! Players previously not receiving the end of the round report should start to notice their progress tracking once again. Any progress earned during the issue was/is still tracking despite it not displaying in-game, so nothing was lost during the effected timeframe.

In other Battlefield 5 related news, DICE announced yesterday that updates for the game will experience “short delays” due to COVID-19.