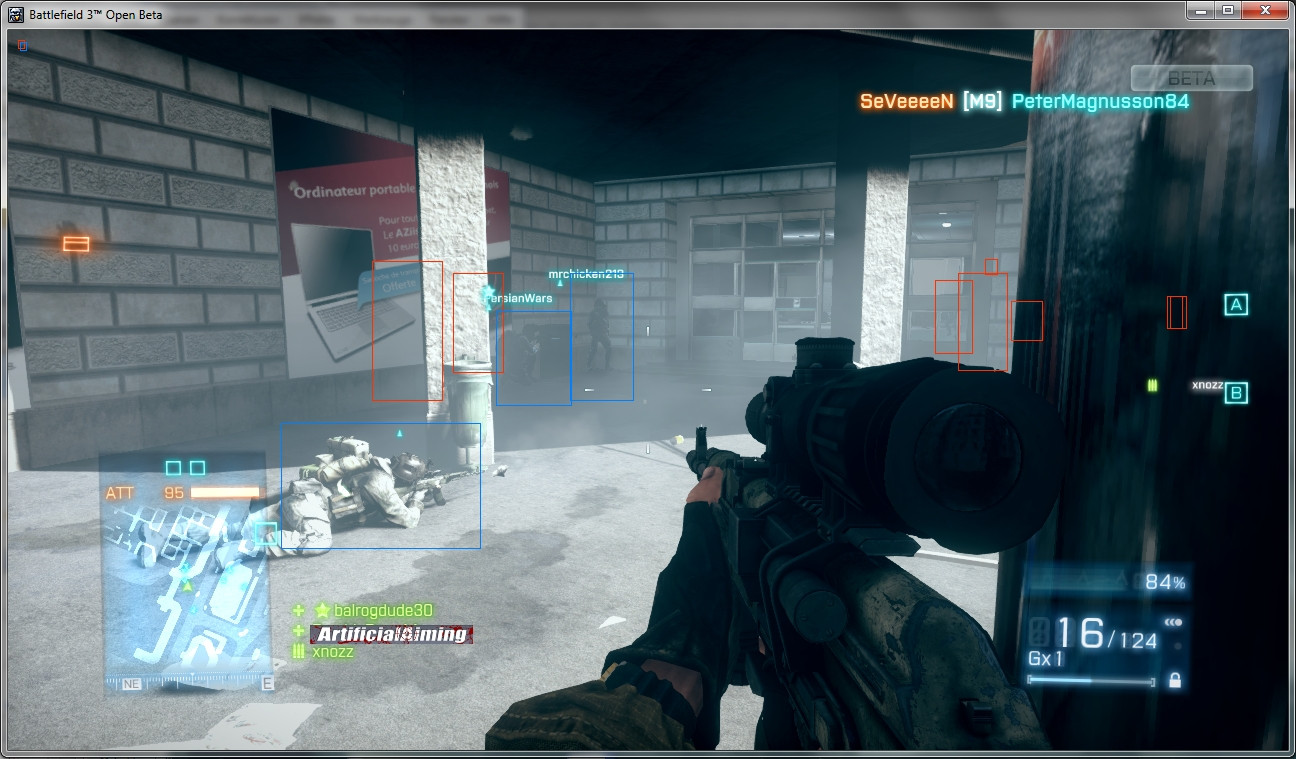 We are sad to report that some unfortunate wall-hacks seem to have made their way into the PC version of the Battlefield 3 Beta.

This wall-hack, also called a 3D radar hack, allows the abuser to see the position of every enemy and teammate, highlighted by a red, rectangular box, through any object on the map. Basically, the abuser can see where their enemies are at all times, giving an extremely unfair advantage. This is not similar to the tortilla chip type spotting (Alan Kertz’s words) that is already included in Battlefield 3. Our PC expert, Jorik aka Niosus, adds that Punk Buster has not been enabled for the Beta but hopefully will be in the final version.

DICE is already facing issues with a recent server hack that allows anyone to enter games of up to 128 players. They have officially stated,

We are aware that a number of servers have appeared and are running game modes and player counts that have not currently been seen. Please try to remain on official servers. Please avoid temptation and remain on these official servers while we work to have these servers dealt with. Playing on those servers can cause your account to become compromised, stats to be altered or other issues to arise which may lead to having your account banned by EA.

We speculate that users of this 3D radar hack will face similar punishments.

Of course, MP1st does not in any way endorse hacking or pirating, but it is our job to get this information out to the Battlefield community in order for players to be aware of what to look out for. This should be reported on the Official Battlelog Forums and through any other form of feedback provided by DICE officials. We reported on it here. Make sure to support this thread if you get the chance.

It’s sad to see this happen to such a popular game that hasn’t even been released yet. What do you think? Let us know in the comment section below.

Don’t forget to check the Leaked Weapon List for Battlefield 3: Back to Karkand DLC.

While you’re here, check out some other articles outlining some of the Beta issues that are being looked into by DICE.

Make sure to follow @MPFirst on Twitter to keep up-to-date on the situation and don’t forget to report any hacking to DICE.

Leaked Weapon List for Battlefield 3: Back to Karkand DLC