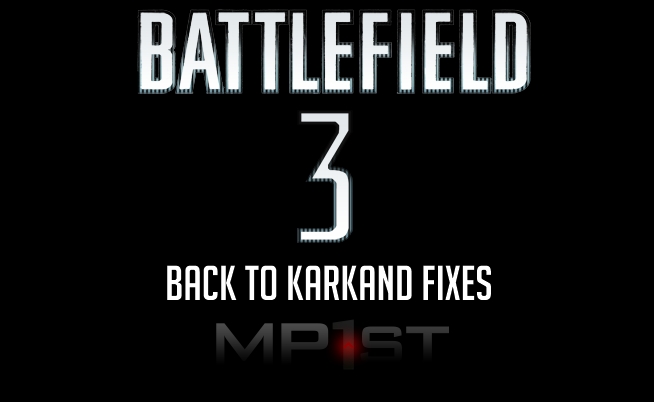 Back to Karkand’s recent launch hasn’t been as smooth as DICE would have ideally wanted it to be. While it’s not plagued with issues, there are some kinks here and there that still need to be ironed out.

Daniel Matros has officially announced that “QBU-88 Sniper rifle and MG36-LMG in Back to Karkand [are] not acting as they should.” Daniel explained that DICE has “identified the problem and are working on a fix.” While there is no estimated time of arrival for these fixes, we can safely expect the next patch to address these issues along with the IRNV and SOFLAM tweaks.