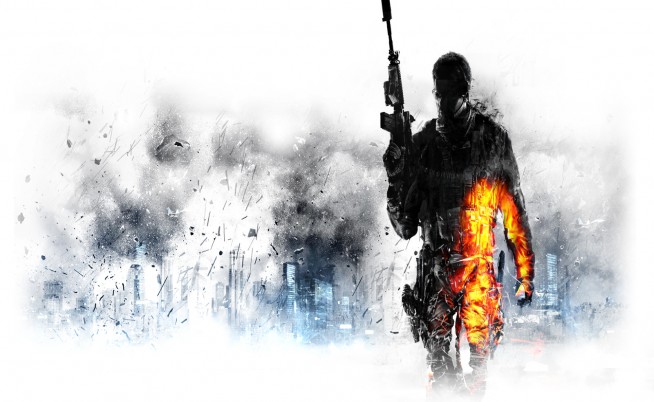 Recently, in a podcast with Don’t Revive Me Bro, Global Community Manager, Daniel “zh1nt0” Matros revealed his intent to follow through on a challenge provided by Modern Warfare 3’s Creative Strategist, Robert “FourZeroTwo” Bowling during GamesCon, 2011.

Near the end of this podcast, Matros asked the entire Battlefield community for a very specific request: to let Robert Bowling know that he is out for his dog tags. You may remember one of MP1st’s very first articles detailing a discussion between the two about their respective franchises during GamesCon, 2011. While they showed much respect for each other, It ended in a friendly challenge to attain each other’s dog tags in a match in Battlefield 3. You can read the full conversation here! Now, it is the Battlefield community’s job to make this happen!

Many Battlefield fans have been anxiously awaiting a patch for BF3 to be released, which should hopefully look into many issues that we’ve reported on earlier. Some fans have stated that they’d prefer smaller patches that are released more often as opposed to large patches released at a slower pace. Senior Gameplay Designer, Alan Kertz responds, “You can’t do that on the Xbox and PS3, it takes weeks to get the patch through cert. PC is different, needs more test.” Still no ETA on DICE’s first upcoming patch, but we will keep you notified. Make sure to follow MP1st on Twitter and Facebook!

We’ve reported earlier that PDWs were going to be receiving some tweaks in this upcoming patch. Earlier today, Mr. Kertz had some interesting things to say about these weapons and how their being balanced. “PDWs are an interesting balance trial between hardcore and normal. They’re quite good on HC, but rather weak in normal.” This is most likely due to their high rate of fire, which obviously provides a bit of an advantage in HC considering it takes less bullets to kill an enemy.

Do you feel the PDWs in Battlefield 3 are balanced? If not, what do you think could be tweaked? Let us know your thoughts in the comment section below.

BF3 Patch Details: Mortar Solutions, IRNV Glitch and Other Bugs To Be Fixed

How Online Shooters Should Go Pay-to-Play