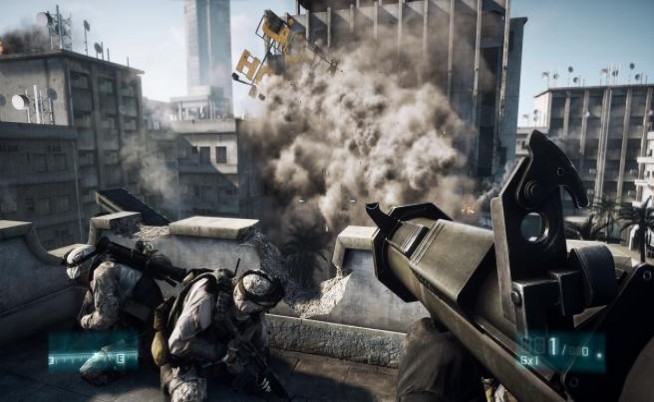 In our continuing coverage of Senior Alan Kert’s dialog with Battlefield fans, he reveals DICE’s thoughts behind the implementation of destruction in Battlefield 3.

Check out our previous article: Battlefield 2143 a Possibility for Battlefield 3 DLC? And More Details on Mod Tools

In terms of sound and visuals, the destruction in Battlefield 3 has seem much improvement since Battlefield: Bad Company 2. However, many fans are commenting on the noticeable step backwards in terms of scale. You may remember that almost any building in BFBC2 could be completely levelled. While there are many buildings in BF3 that can be completely demolished as well, it is not to the same extent as recent, previous titles. While talking to fans on reddit, Mr. Kertz revealed DICE’s thoughts behind their decisions made in Battlefield 3.

“With Battlefield 3 we wanted to get back to some of the Urban fighting that we had in 1942 and BF2, that requires a shift of focus on destruction from taking down a building to taking down the Facade of the building. I think it has worked quite well, and in the open environments there’s a larger scale of destruction similar to BC2. Of course, we’d love to see more and better destruction.”

Brought up in the ongoing discussions were issues of the javelin unable to consistently hit tanks, even under the guidance of a SOFLAM. Additionally noted was its seemingly weak damage output. Kertz answered briefly but clearly, “both will be addressed.”

Also mentioned was the status of the input lag/response time bug that PS3 users are currently experiencing when it comes to aiming. Kertz answered that “we’re aware of it, and smarter people than me are looking at it. I don’t have more info than that.”

What do you think about the destruction in Battlefield 3? Would you like to see changes made to it? Let us know in the comments and don’t forget to follow MP1st on Twitter and Facebook for more Battlefield 3 coverage.