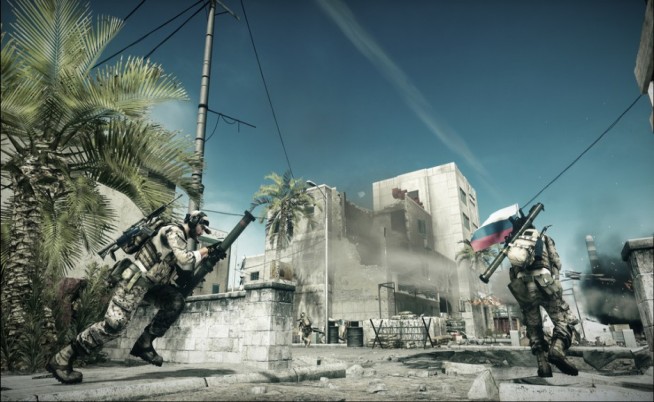 Core Gameplay Designer, Alan Kertz, has revealed some of the next steps the DICE team is going to be taking in order to improve Battlefield 3.

In case you missed it, be sure to check out their statements regarding the PS3 VOIP issues.

Also, some gamers on the PC are experiencing issues with the mouse which isn’t firing as responsively as many would like. This sounds similar to another problem PS3 users are facing with the “input lag,” forcing many to play on lower resolutions. Still no word on this particular PS3 problem, but Kertz has informed us that the mouse issue has “been fixed internally,” and that it “should make a future patch.”

Kertz has been receiving a lot of feedback ever since DICE released a list of future updates that the team is working on internally. Note that all of these updates were related to ‘balance’ rather than what glitches and bugs the team is ironing out. One fan in particular suggested the ability to target an empty vehicle with the soflam/guided missile even after the driver/pilot exits the vehicle. Kertz simply responded, “Agreed.” Many fans have also voiced their opinion regarding the recent nerf of the G3A4 Assault Rifle, which many feel is now under-effective. This is especially true at range. Kertz responds by stating, “agreed, ranged damage will be going up again in the future.” Most likely, we can expect this in their next patch. Along with weapons like the G3a3 and the SCAR-H, the IRNV scope was also hit with a substantial nerf, at least in the eyes of some. A recent video demonstrated it’s inability to clearly see the enemy while in the tunnels of Operation Métro. Kertz did not say if it would once again be re-balanced, but he did mention that “the smoke In the tunnel from the fires hurts [the vision].”

Make sure to stay tuned to MP1st where we will keep you informed of all Battlefield 3 updates! For now, check out the full list of Back to Karkand trophies/achievements.

[Updated] Sony Announces the Official Release Date of Back to Karkand