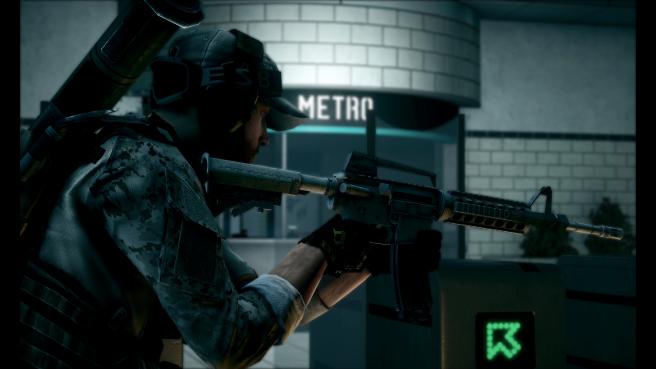 There has been tons of Battlefield 3 info floating around the internet this past week. Recently, DICE developers have been much more generous with specifics on weapons and other details about the game. In particular, Alan Kertz, known as Demize99 on Twitter, has revealed some interesting tidbits of info and MP1st has it all here:

When asked about the AK47 and the two M16’s, Kertz stated, “the M16A3 and M16A4 are both in the game, [this] was decided after the fact sheet was printed.” What could be the in-game difference between the two is still unknown. Perhaps they are meant for different classes? In regard to the AK47, Kertz said the “AK47 is obsolete. We have the AK74M.“

Kertz also talked about weapon customization. Weapon optics were a point of interest for many fans. When asked about the recently announced enhanced night vision, Kertz stated, “the ENV is a weapon optic. It only turns on when you zoom in. There is no always on ENV. It cannot be disabled in zoom either.” In regards to side arms, Kertz said there will be “no pistol customization, but a wide variety will be available.” Kertz was also asked if all weapons could have suppressors attached to them. He answered, “not shotguns, pretty much everything else. Some are more effective than others.” He also mentioned the flashlight attachment. “Shadows play a big role, and flashlights make a big difference.“

Kertz also elaborated on bullet drop saying, “gravity is the same but velocity is different giving [bullets] different drops and travel time at the same ranges.” He added, “the distances are larger so the drop has been tweaked accordingly.“

Another interesting feature that was shown in the latest tailer was the scope glint on the weapon optics. Kertz informed us “glint is based on the scope. Out a high zoom scope on a AR will give glint too.” When asked about whether glint would be noticeable only if the enemy is aiming at the player or not, Kertz confirmed, “yes it’s directional.”

A hot topic about weapons that was noticeable in the leaked alpha footage was regarding the recoil. Daniel “zh1n0” Matros replied to the question of whether or not there is more weapon recoil by stating “yes, depends on what guns you pick.“

One very interesting, and potentially controversial statement that Kertz made was, “there are no 1 hit body kills with sniper rifles. Pull your side arm or use a semi auto for fast follow up hits.” Do you Battlefield fans agree with this? Is it unrealistic, or does it better serve the gamepley?

Don’t forget to check our article on 3D spotting and the changes that DICE have made to it. Also, keep an eye on our Battlefield 3 section for the latest coverage.