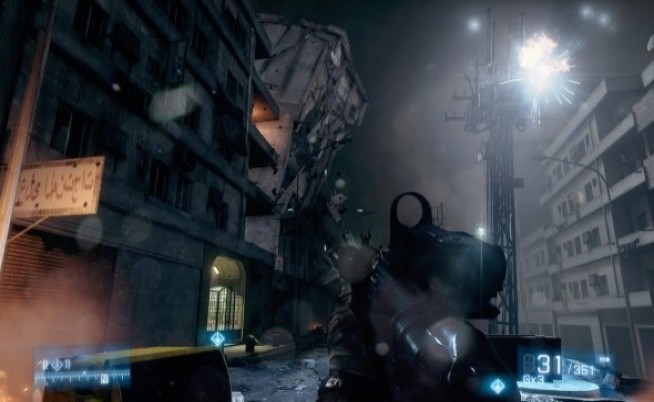 Only a week and a few days away until Battlefield 3 finally arrives! We know everyone is missing the Beta and doesn’t quite know what to do with their lives at the moment, but we’ll make it through. For now, new information is surfacing about the retail version and we will be gathering as much of it as we can here at MP1st. Make sure to follow us on Twitter to keep up to date!

First off, an interesting bit of information released by Alan Kertz, Senior Gameplay Designer at DICE, is that the short duration of immunity a player experiences immediately after spawning has been removed. He had this to say: “It’s removed as soon as the player gains control of his player and moves shoots or aims.” This means extra care must be taken when spawning on a teammate or radio beacon. Do you feel this was necessary? Should players be responsible for their own safety?

In an another statement, Kertz answered the question of whether or not the Kobra sight would be altered to include a dot in the middle, as per the description. He said, “the Kobra can have 4 sight settings, a dot, a dot and chevron, the crosshairs and just a chevron.” According to this statement, it would seem that some of the optics in Battlefield 3 will be customizable. However, he later clarified that this was only the case in real life. “[DICE doesn’t] have an interface for sight customization. Maybe next game.” Do you care much for alterable red dot (or any other colour/shape) sights?

One fan asked if vehicle upgrades would be available to transport vehicles on top of the attack vehicles, to which Kertz responded, “Transport vehicles have a default set of upgrades since they are not designed to be used as point gaining platforms.”

Lastly, it was brought up that some fans were curious about what exactly the laser sight attachment does to a weapon, besides painting a red dot on your enemy and potentially messing with their vision. Kertz clarified that “Lasers increase hip fire accuracy. If you’re bipod is deployed, it will have little effect. If you zoom, it has none.” This most likely means that the bullet spread is smaller when hip firing while a laser is attached. This may not have been apparent to everyone playing the Beta, so it is good to now have a solid answer. Do you find the laser sight to be effective, or do you feel it gives away your position too often?

Let us know your thoughts in the comment section below and be sure to check out some recent articles you may have missed!

UMP-45 “Only a Little OP,” Changes to Bold-Action Rifles, and HC Mode Details