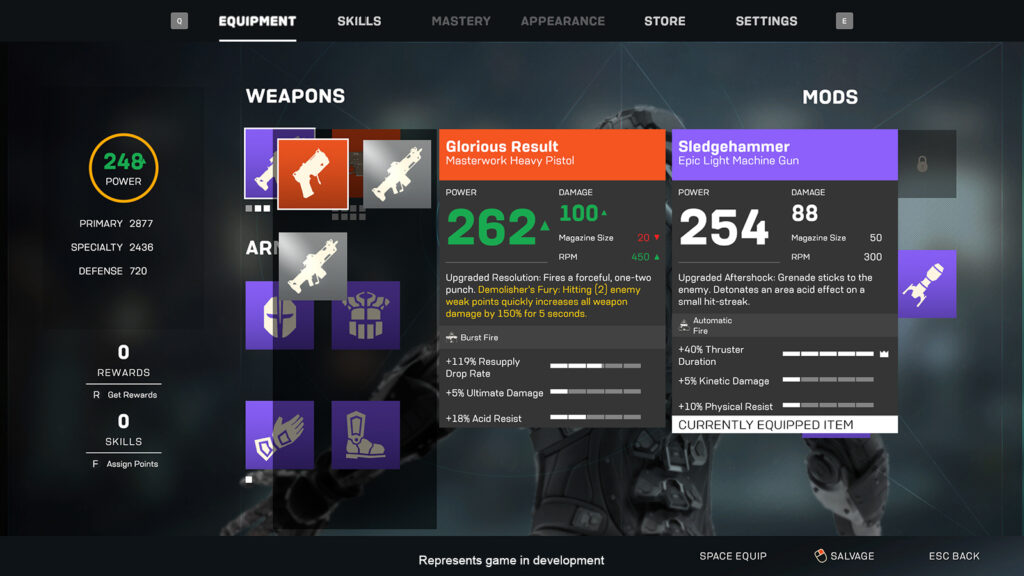 In case you didn’t know, BioWare’s Anthem is being overhauled or rebooted with a still-unspecified release for when these changes are coming. Back in May, the studio mentioned how they are in the incubation stage for the revamp. Today, tbough details about the Anthem reboot loot system has been revealed.

Before diving in, note that none of the stuff mentioned below are final and are subject to change. Got that? Good. Head on below to see what Studio Director Christian Dailey has to say about the planned changes to Anthem’s loot system.

A good player experience depends on the loot system being extensible and robust, and a lot can go wrong. A lot did go wrong. We fell short here and we realized that building something new from the ground up was going to be required – starting with taking a long look and understanding the best in class of the many great games that inspire us. Based on this research, along with your thoughts and feedback, we planned some high-level goals and changes we wanted to try:

Check out a work-in-progress look at how the Anthem reboot loot system and drops look in-game:

If you’ve played Bungie’s Destiny franchise, the loot menu, how it works when you pick up loot and so on, look very similar. That said, I don’t have a problem with it, though I’m unsure how Destiny or Anthem players will feel about it.

Speaking of loot, head on over here to see all the Anthem armors in the game in one place.