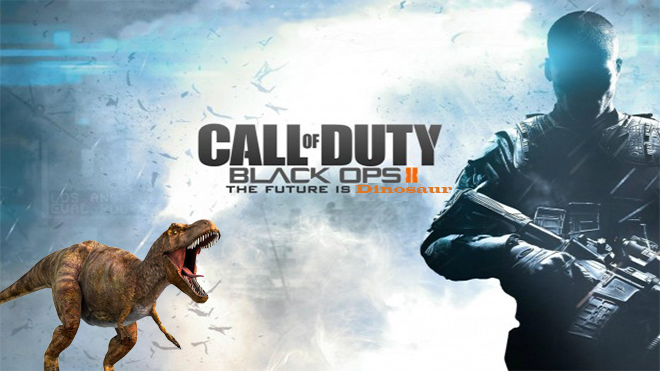 In a recent tweet by Treyarch Game designer, David Vonderhaar, he teases an upcoming Black Ops 2 patch, which he says to be a “big one “

Still at work doing that final grind on the next update. It’s a big one. Nerfs. Buffs. Bug fixes. Features. Dinosaurs. Details to come.

That last part is likely a joke, seeing that DICE has been constantly mocking the Call of Duty franchise for the lack of Dinosaurs, but what if it wasn’t? One could only dream. Perhaps Treyarch is trying to one-up DICE? Guess we’ll know soon.