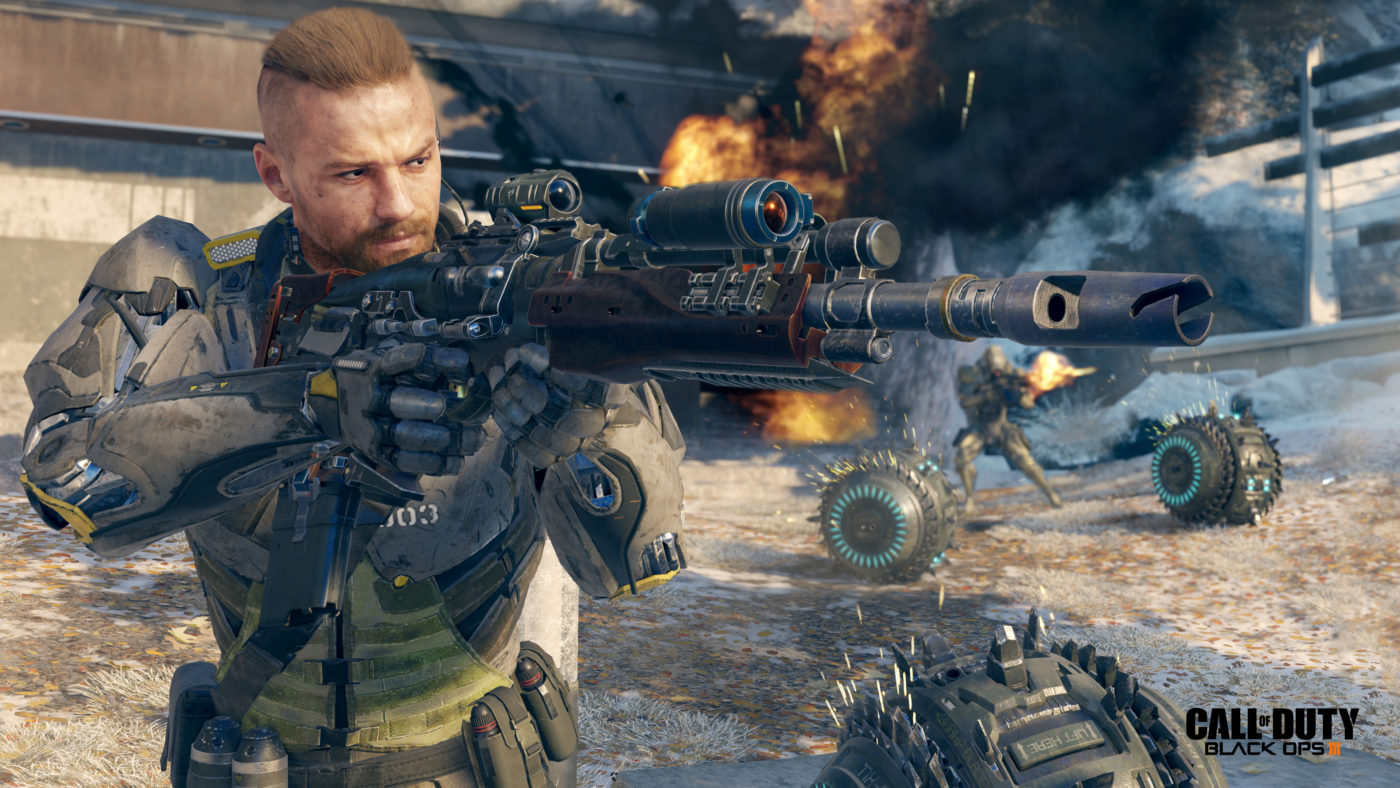 Gamescom 2015 has been big for Call of Duty: Black Ops 3 fans. Earlier this week, developer Treyarch dove into the innovative new eSports features shipping with the game later this year while putting its competitive Arena multiplayer on display. More recently, PC users got a list of cool features they can expect on launch, including 100% dedicated servers and 2-player split screen.

There are probably a ton of questions you still have about the game, which is why Studio Design Director David Vonderhaar recently took over the official Call of Duty Twitter account to provide a few answers. In a Q&A session, he touched on Black Ops 3’s Arena mode, emblems, time-to-kill, Prestige levels, controller layouts, and more. You can have a look at the full round-up of questions and answers below.

Q: Will all the attachments Be unlocked already in arena mode/League Play? – @ibra231081

A: Yes! Arena has all content available. You can also earn progress against anything unlocked in Public Match.

Q: Is the ban and protect aspect in all multiplayer matches or is it just for ranked play? – @InFaMoUsCaNo

A: Bans/Protects and the Specialist Draft are in Arena and available to Custom Games with full control.

Q: Will I be able to switch specialists mid game like switching classes – @Solarbow

A: No, you can’t. We make you commit to this decision at the start of each game.

Q: Will there be emblem making and will it be as noticeable as in Black Ops 1 and 2. – @Stormstar8

A: Yes. Even more important and has new features like grouping and linking.

Q: How much is the time to kill? – @kapsisthrylos7

A: Fast. And we are still evaluating. Play the beta and give us feedback about it!

Q: Will all guns be available in the beta? – @willrichards774

A: Most weapons are. I just saw a near final list of what is in the beta, which means you will see it soon.

Q: Can we know about the prestiging system in black ops 3? – @xii_noble

A: Full details on Prestige have not been announced, but we have something totally new and different planned.

Q: Will there be different controller settings such as default flipped and southpaw in BO3? – @GoatsPwn

A: Yes. All the ones you would expect, and some new ones like Bumper Jumper.

Obviously, much more is to come in the following weeks leading up to Call of Duty: Black Ops 3’s multiplayer beta on PlayStation 4, Xbox One, and PC later this month. The game officially launches on all platforms November 6.