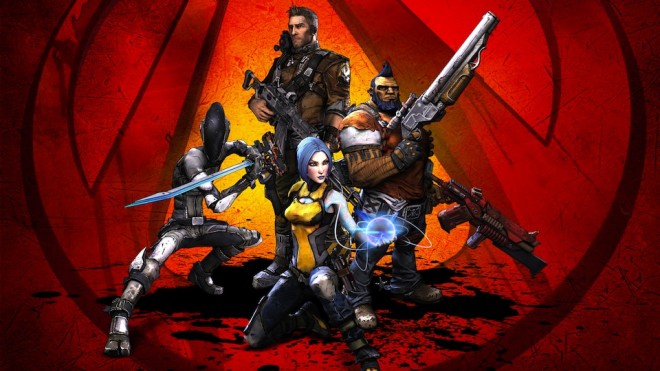 Borderlands 2 – Konami Code and “Extra Wubs,” More Playable Characters To Be Available In The Future?

During a recent Q&A session with none other then Gearbox Software’s president, Randy Pitchford, it was has hinted that there might be a good possibility that the team behind Borderlands 2 could add additional playable characters to their game. That’s if, however, the success of their up and coming character class titled the Mechromancer, slated for an October 16th release, goes well.

If it does, Mr. Pitchford has stated that these additional character classes would not be a part of the Borderlands 2 season pass. So far, the season pass is set to include four pieces of DLC that expands on the world of Pandora, each of which will be at least the size of General Knoxx’s secret armor, Borderlands largest DLC yet.

In what seems to be a never ending discovery of easter eggs in the world of Borderlands 2, we’ve stumbled upon yet another. In order to achieve this easter egg, one must back out all the way to main Borderlands 2 title screen. Once there, you must input ye good old Konami Code: Up, Up, Down, Down, Left, Right, Left, Right, B [crouch for you PC/PS3 players], A [jump button for you PC/PS3 players], Start.

After having input the code correctly, go to the option section of the main menu and go to the gameplay tab and scroll all the way down. You should now see a new option called ‘Extra Wub‘ which, sadly, does nothing, according to the description of it. If you’re having issues finding it, here’s a quick pic: 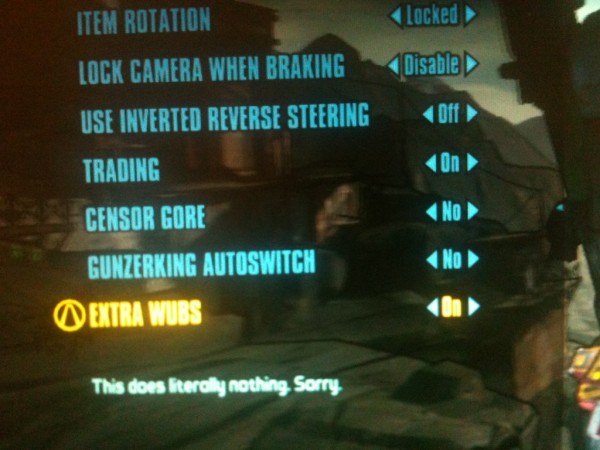 For those of you guys who wanted to get your hands on more golden keys for your characters, Randy Pitchford is also planning a golden key give away this weekend. In order to get these keys, all you have to do is just follow Randy on Twitter and wait until he tweets out the tokens to redeem these golden keys. Remember, these tokens are only to be redeemed in-game by going to the main menu and going to the extra tab and clicking on the ‘Shift’ option. This will open up a new menu that let’s you redeem these tokens.

Also, don’t forget the Mechromancer class will be available free of charge for anyone who’s a part of the Borderlands 2 premium club. If you aren’t, then this class will run you about $10.00 USD to download.

If the Mechromancer class is indeed successful, what kind of character would you guys love to see added to the game? Leave a comment below!