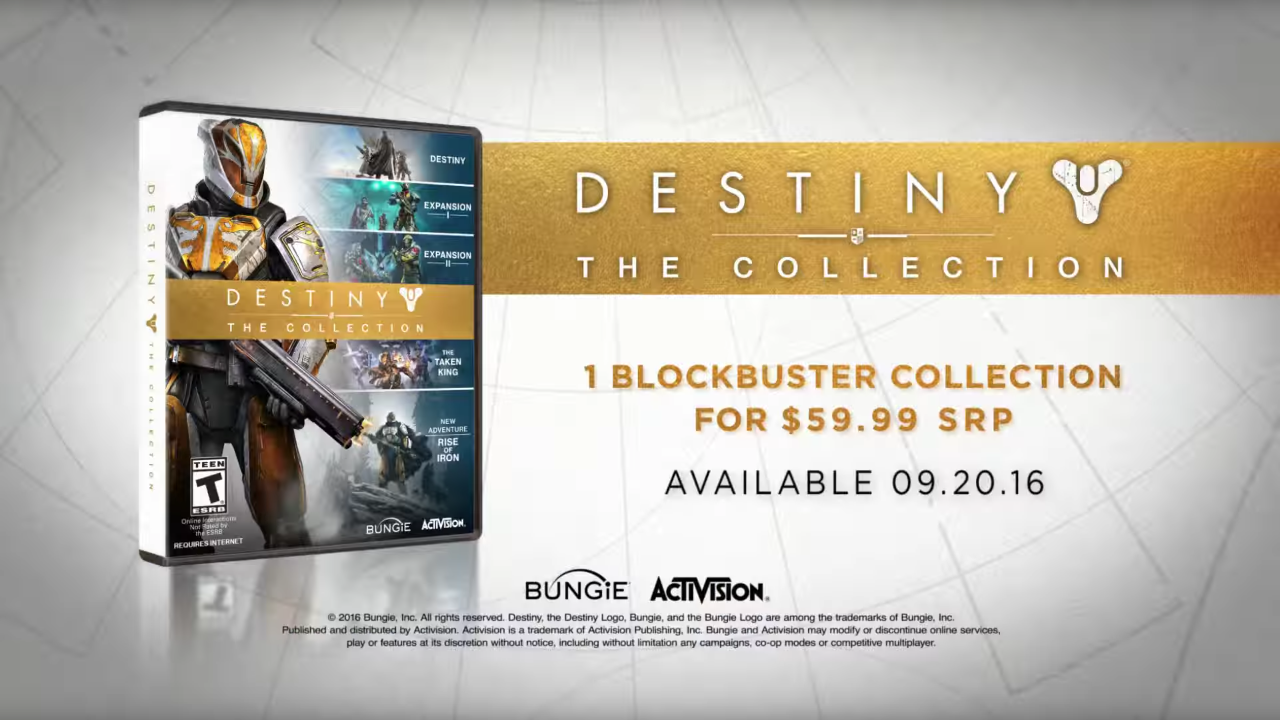 The studio is calling it “Destiny: The Collection” and says it includes the “entire Destiny saga” in one package.

Bungie will reveal more about Destiny’s Rise of Iron DLC during its Gamescom 2016 live stream on Tuesday, August 16 at 10am PST. Here’s the teaser:

Rise of Iron releases on the same day as Destiny: The Collection on September 20.