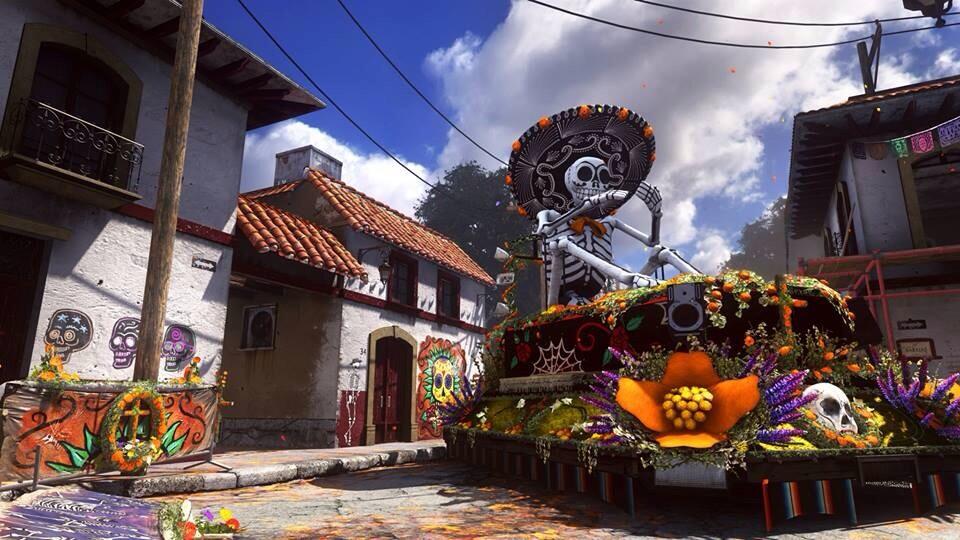 According to developers Infinity Ward, Departed is a “medium-sized map set in a rural Mexican town during the Dia de los Muertos (Day of the Dead) celebration. The colorfully decorated streets, vendor carts and storefronts provide ample cover for run-and-gunners, and players that complete the map’s unique Field Order will unlock the Death Mariachi killstreak.

“Armed with dual-wielding pistols, the Death Mariachi settles scores, with each kill turning enemy players into another member of the band, and a temporary squad mate.”

You can also catch previous Invasion DLC map previews and gameplay videos for Pharaoh and Mutiny below:

Tomorrow, expect a good look at the refreshed fan-favorite Modern Warfare 2 map, Favela, as well as a peek at Extinction Episode 3: Awakening.

Check out these additional Departed gameplay videos from some YouTube personalities you may know.

Mortal Kombat 10 May Include Kinect Features On Xbox One