Developers at Infinity Ward, creators of the Call of Duty series, are allegedly — and quite fittingly — calling their next Call of Duty game “Infinite Warfare.”

This is according to a slip up on Sony’s part who leaked the name earlier this morning via a PlayStation Store update. One reddit user spotted the listing and took this screen cap before it was removed: 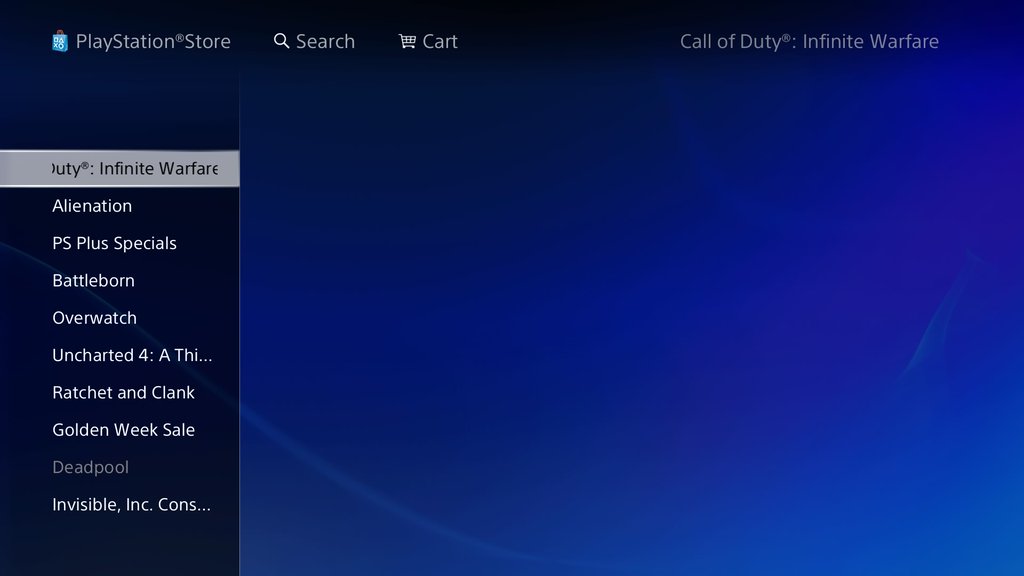 The page itself lead to nothing but a blank screen, providing no information or images.

Late April to early May is typically the time of year publisher Activision chooses to raise excitement levels for the next Call of Duty game with an official teaser of some sort. Conveniently enough, we’re nearly there, if not already its midst. In fact, the global reveal trailer for Treyarch’s Call of Duty: Black Ops 3 was launched exactly one year ago today on April 26, 2015.

Provided the recent PSN leak doesn’t derail any of Activision’s marketing plans, Infinity Ward, developer on Call of Duty 2016, is bound to drop a hint or two for its current project in the coming days. According to the latest rumors, retailers will start listing the game on May 3.

If it ends up checking out, what are your thoughts on the name? Will Call of Duty: Infinite Warfare be Infinity Ward’s magnum opus? We’d love to hear your thoughts in the comments.