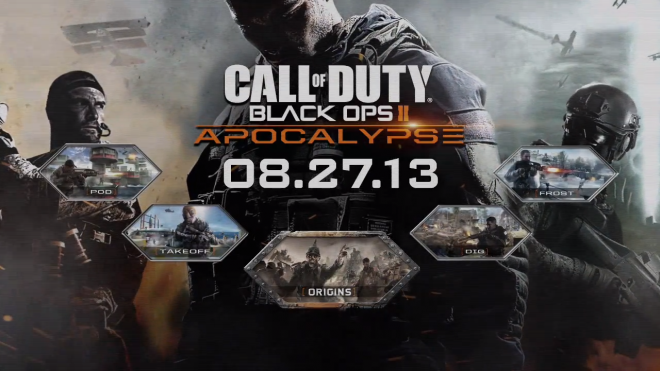 With Black Ops 2’s fourth and final DLC, Apocalypse Map Pack, being released this upcoming Tuesday for the Xbox 360 – PC and PlayStation 3 platforms at a later date – you can now take a glance at what the latest update is set to add in terms of achievements/trophies.

The folks over at PS3Trophies, have recently released the trophy list for the Apocalypse map pack, despite the PlayStation 3 receiving this DLC at a later date then the Xbox 360.

Check out the trophies below:

In typical Black Ops 2 fashion, this DLC is set to include 10 new achievements/trophies which are all tied to the new Origins zombies mode.

The Apocalypse map pack will be available first on the Xbox 360 this Tuesday for $14.99. Those who have the Black Ops 2 season pass will receive this map pack at no extra charge.