With Treyarch surprisingly rolling out a game update for Call of Duty: Black Ops 3, it seems there’s more to it than meets the yet. Given the studio officially revealed Black Ops IIII yesterday, Treyarch has slyly snuck in a reference to the upcoming entry in BO3!

If you manage to get a quad feed medal in Black Ops 3 (meaning you kill four enemies in quick succession), you’ll be able to see this: 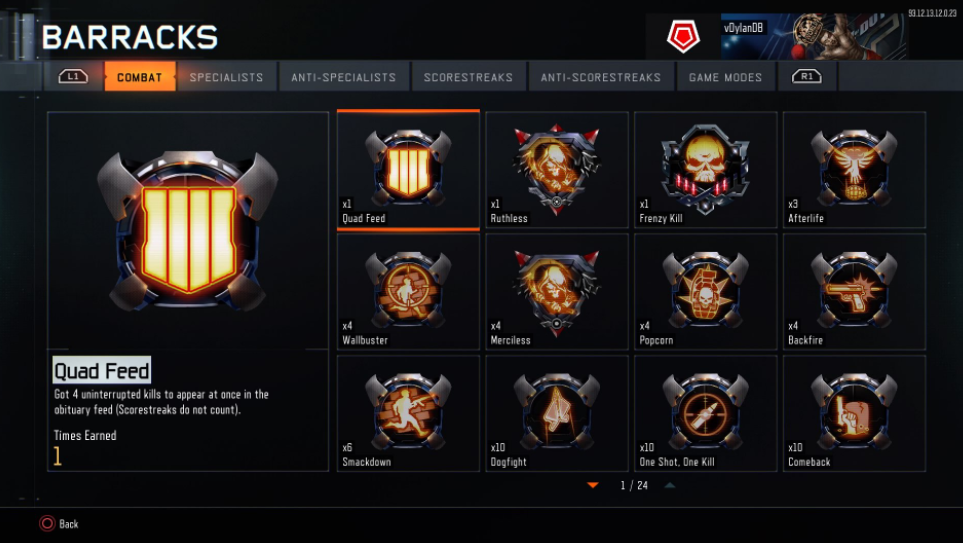 In case you missed the announcement yesterday, the logo for Black Ops 4 or Black Ops IIII is this:

Not groundbreaking or anything, but a nice move by Treyarch to keep the momentum going, no?

Additionally, remember when NBA star James Harden leaked the BOIIII logo by wearing a hat with it to a match? Well, he just confirmed that he’s somehow involved! It’s not known whether he’ll be a celeb in Treyarch’s regular zombie mode, or maybe as a character in the game’s campaign or something.

It’s a long wait from now until May — which is when Treyarch is officially lifting the lid; that said, we’ll keep an eye out for any interesting BOIIII tidbits to tide our readers over.