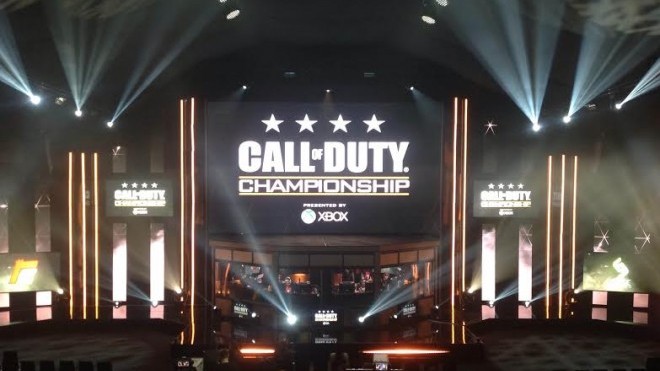 Day one of the Call of Duty Championship 2015 has concluded as 16 out of the 32 teams that competed in today’s group play will advance to tomorrow’s playoffs where only 3 teams will progress to the Championship Finals.

Excitement was in the air as competitors, press, and, for the first time, Call of Duty’s biggest fans were invited into the LA Live entertainment complex in downtown Los Angeles to kick off the first day of the 1 million dollar tournament.

Attendees were greeted in the main entrance by the official Call of Duty Championship 2015 trophy, team logos, and a special Call of Duty: Advanced Warfare display outfitted with concept art and a fully-armored, Exo Suit-equipped mannequin. Inside, spectators crowded around four smaller stages and began filling seats in the massive bleachers that faced the tournament’s main stage. The darker atmosphere and much-appreciated air conditioning provided sufficient cooling from LA’s hot 85 degree fahrenheit weather.

Below are the day one results of each group battle where the top two teams of each pool have earned a spot in tomorrow’s playoffs. Stay tuned tomorrow to watch the 16 teams progress through day two’s Upper and Lower Brackets. You’ll also find the upper round one match ups and schedule below.

Remember, you can watch all the action go down on our live stream page right here. 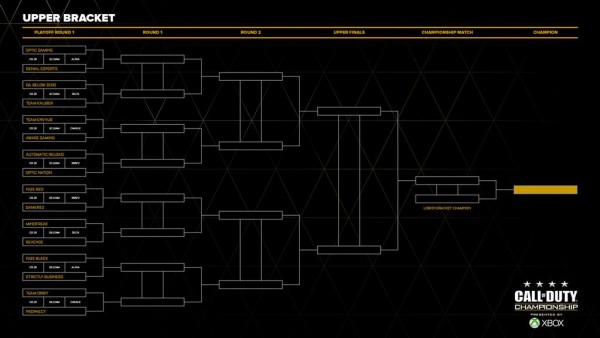 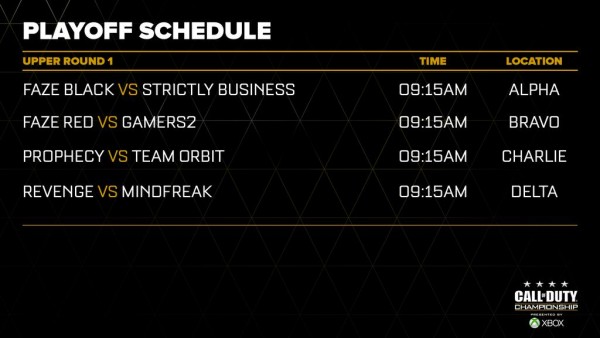 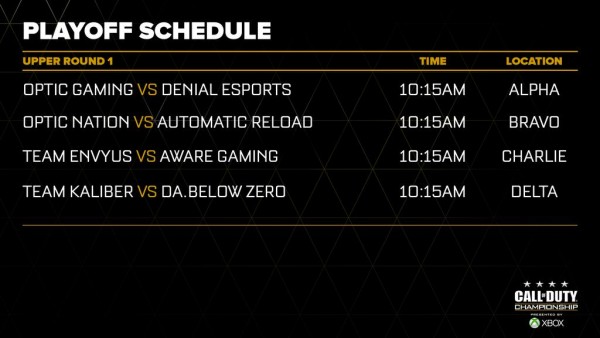