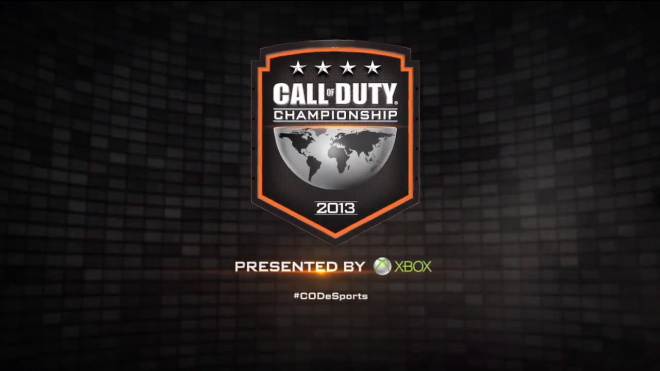 Additional sets of Major League Gaming, eSports League, and other winning teams have been selected to attend this year’s Call of Duty Championship taking place in Hollywood, California April 5-7.

During this time, up to 32 teams will battle it out to see who is really top dog when it comes to Call of Duty: Black Ops 2 and to win a share of the announced $1 million prize pool. Previously, eight teams were selected from the Black Ops 2 World League Champions Series to attend. They are:

This last weekend played significant role in the competitive Call of Duty community as a number of major tournaments took place, narrowing down the Call of Duty Championship finalists even further.

In Dallas, Texas, the MLG Winter Championship decided its eight winners. Congratulations to the following North American teams for coming out on top:

You can check out the full Winter Championship Recap right here, including videos.

Over in Cologne, Germany, the top eight European teams from the ESL Championship Finals were also decided. Congratulations to:

Additional tournaments were also held in Australia and Africa over the weekend. Congratulations to Team Immunity and Mindfreak from Australia, as well as XtaZ from Africa.

Don’t miss the Call of Duty Championship this April 5-7. The entire tournament will be streamed from Call of Duty Elite, so you’ll be able to catch the entire event from the comfort of your own home.