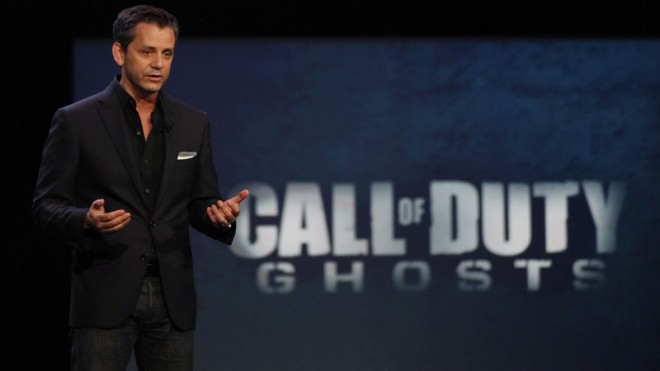 Heading into the next console generation with their flagship first-person shooter title Call of Duty: Ghosts, publisher Activision is ramping up sales and marketing investments in order to keep up with the increasing competition from titles like Electronic Arts’ Battlefield 4 and is preparing for a shaky console transition.

“As excited as we are about our holiday launches, we face a more crowded, competitive landscape than we have in the past,” Activision Blizzard CEO Bobby Kotick recently said in a Q2 2013 earnings call. “We face titles that compete more directly with our offerings than past offerings, including highly anticipated, heavily marketed games launching around our launch dates. To address the effect of this competition, we’ll likely further increase our sales and marketing investments this year.”

Call of Duty: Ghosts, releasing this November 5 across multiple platforms, will face direct competition from Electronic Arts this year yet again with Battlefield 4 launching a week prior on October, 29. Unlike previous years in which Modern Warfare 3 directly faced Battlefield 3, Battlefield 4 seems to have gained some serious momentum this year and appears to have generated an increasing amount of excitement among FPS fans.

Kotick also attributes uncertain short-term success to a cloudy landscape presenting itself in the near-future; namely, the transition to next-generation consoles.

“While the transition to new consoles should bring great long-term opportunities, it creates risk in the short-term,” he said. “Console transitions can create purchase hesitation, and otherwise affect consumer spending.”

“As one might expect in this console transition year, pre-orders for Call of Duty: Ghosts are well below the record-setting pace set by Call of Duty: Black Ops 2 last year,” he announced. “However, our quantitative consumer research indicates that hesitation among past COD pre-orderers is primarily due to not knowing which platform they will be playing on, which is natural at this time in the console transition.”

He added, however, that “it’s worth mentioning that Ghosts pre-orders are over double those of Call of Duty: Black Ops, which is the last time we launched a new sub-brand for the franchise.”

Are you surprised with Call of Duty: Ghosts’ pre-order numbers? Is the console transition to blame? Will Battlefield 4 give Ghosts a run for its money this Fall? We want to hear your thoughts below.