Activision has announced that the Crash Team Racing Nitro Fueled upcoming update will bring the Back N. Time Grand Prix to the game. This Grand Prix will be similar to the Nitro Tour Grand Prix, but is themed very differently. Check out the trailer for the event below, and read on for more details.

The Back N. Time Grand Prix takes place between August 2 and 25 2019. The event is free for anyone who has purchased Crash Team Racing Nitro-Fueled and has an internet connection, meaning there’s absolutely no barrier to entry in this new Grand Prix.

The set up for the event is that N. Trophy’s staff, which bends time, has thrown Crash and the team back to the prehistoric era. The focus for the visuals in the Back N. Time Grand Prix is definitely not on making dinosaurs look as accurate as possible, in fact it seems as though developer Beenox has gone out of their way to make these dinosaurs look as comical as possible.

As with the previous Grand Prix, players will be able to earn new skins, characters, karts, customisation options, and so much more, including a brand new track. All of this will become available once players have downloaded the game’s latest update and started it up. The new content on offer is shown in the image below, take a look and read on for more details. 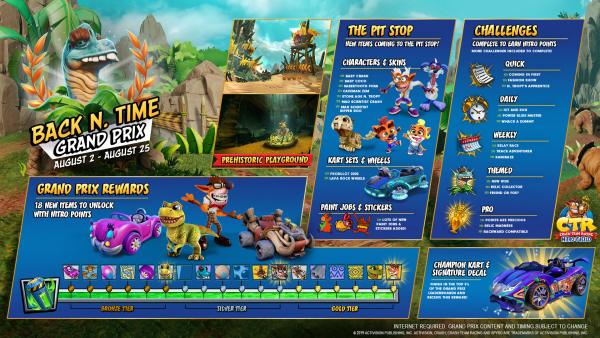 The name of the new track with this event is Prehistoric Playground, featuring dinosaurs, geysers, and caves with mysterious wall paintings. There’s also a hint that many characters would feel at home in this location, indicating that there are probably some surprises lurking in the scenery. The track has a number of shortcuts and dynamic paths which will make it easier to get ahead of enemies in the long run, all of which players will master the more they play on it. 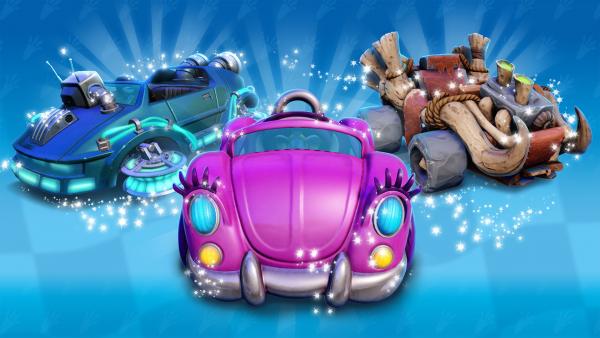 Just like in the previous Grand Prix, players will need to complete daily and weekly challenges in order to boost up their Nitro Gauge and earn rewards for the event. Rewards on offer include: Nostalginator and Mammoth Karts, Cave Painting Stickers, and the ‘Dashing’ Fake Crash Skin. In addition, a brand new racer is joining the roster with the event, Baby T, who can be earned as a reward for completing the Bronze tier of the Nitro Gauge. A ‘Fake’ Baby T skin is available as the Gold tier reward. A total of 18 items are up for grabs with this new Grand Prix, and players are encouraged to complete as much of the Nitro Gauge as they can so they can earn them. 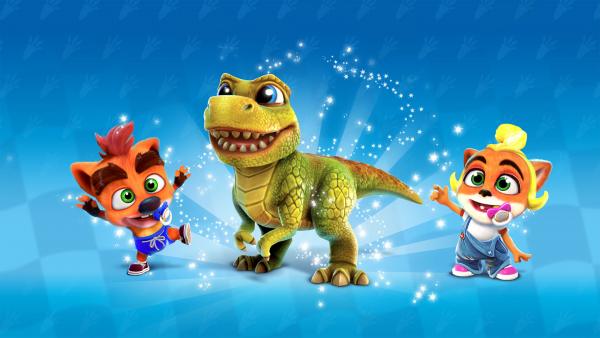 This event will see the return of daily, weekly, themed, and pro challenges to Crash Team Racing Nitro-Fueled. These will boost up a player’s Nitro Gauge, but more challenges will reveal themselves when the event goes live, such as Backwards Compatible, which requires players to complete a lap with the reverse camera on the entire time.

The final piece of good news about this update is that it will see the return of Championship and Nitro leaderboards. These work on a points based system, with the top five percent of players earning the Champion Kart and Signature Decal so that they can show off to every other player in the game.

It’s been revealed that the third Grand Prix for Crash Team Racing Nitro-Fueled will see the addition of Spyro. What form this appearance will take is anyone’s guess, but fans are already excited to see Crash and Spyro make an appearance in a single game together again.

Once the title update is live, we’ll let our readers know.