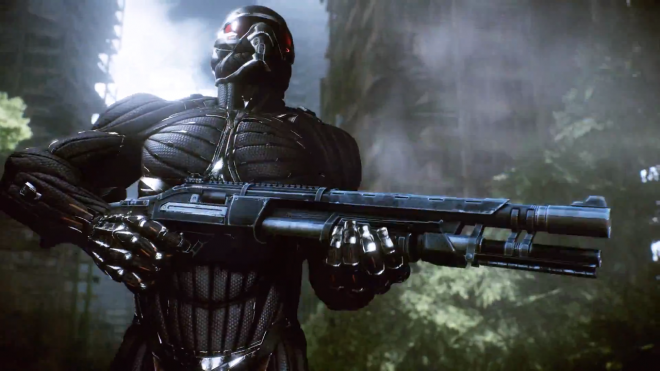 Crysis 3 is just around the corner, so it’s time to get familiar with the killing tools you’ll be using to take on an alien invasion.

Crytek has released a brand new trailer for Crysis 3, launching this February 19 on the PC, Xbox 360 and PlayStation 3, showing off some crazy weaponry involved with this title, both human and alien.

The Predator bow makes its debut in Crysis 3, including four different bolt types for the different situations you’ll find yourself in on the battlefield. Meanwhile, the trusty SCAR returns in a slightly modified form with its many attachment options. This familiar weapon has been a reliable, go-to workhorse throughout previous Crysis titls as well. Specializing in quickly shredding through the Ceph aliens, the new, highly advanced Typhoon, firing at 500 per second, does a good job of cleaning up house. It even had its own episode of The 7 Wonders of Crysis 3 dedicated to it.

Some of the new alien weaponry include the Incinerator and the Reaper Cannon. Sounds pretty scary. But don’t take my word for it. Check out the video for yourself.

There may be plenty of ways to kill in Crysis 3 when it comes to weaponry, but let’s be honest. Nothing beats tossing a deadly red barrel at your foe, killim them instantly, sometimes sending them flying. (Anyone remember that Crysis 2 achievement/trophy?)

Battlefield 3: End Game – Capture the Flag Is Fast and Furious