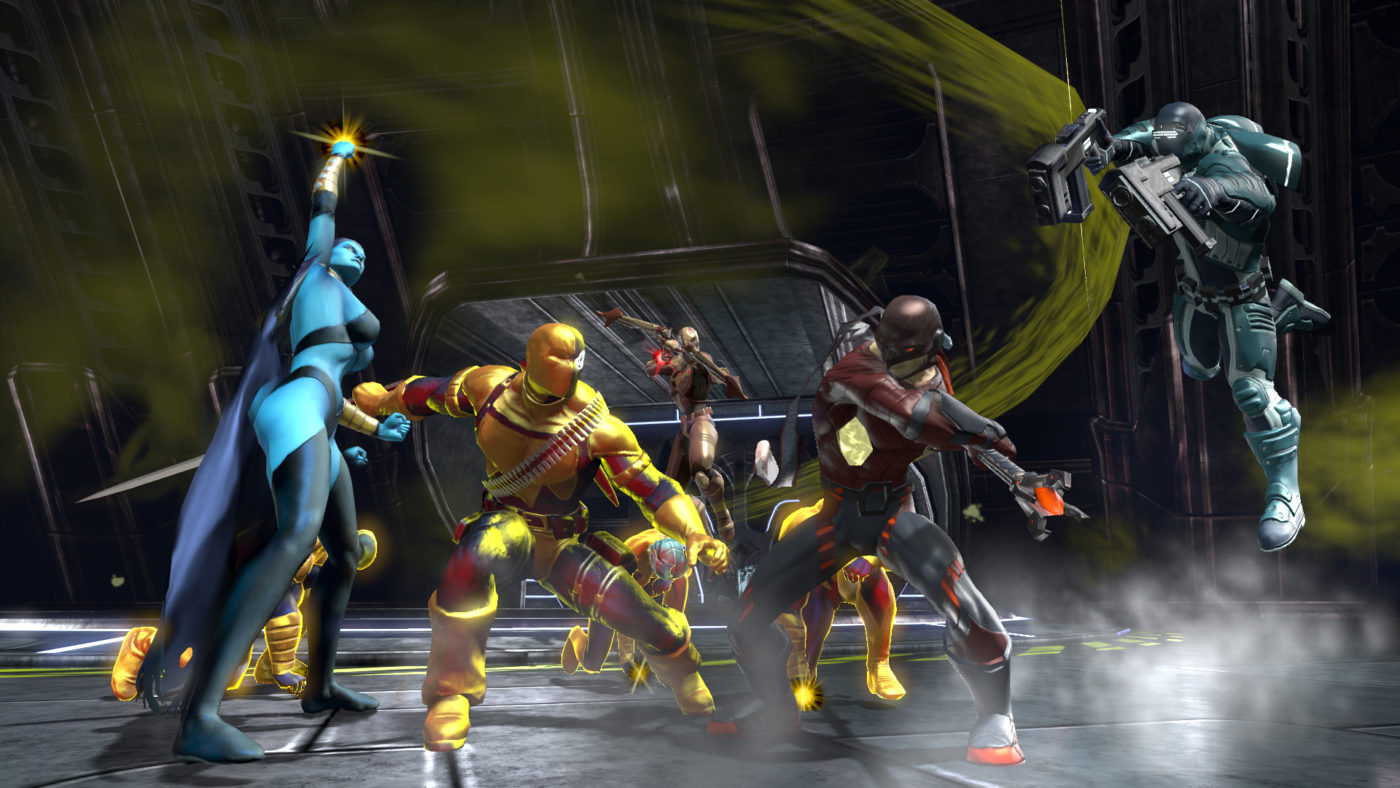 DC Universe Online was originally released in 2011 on PC and PlayStation 3. Later, the game was updated to appear on PlayStation 4 and Xbox One. Thanks to the game’s multiple expansions, players will actually find a gigantic MMO with tons of content. Daybreak Games will now bring this game to the Nintendo Switch for people to enjoy on the go.

For those unaware, DC Universe Online allows players to make an original character that interacts with the heroes and villains in the DC Universe. The game’s story has been actively expanded through game updates and seasonal events. Additionally, this will mark the very first time the game is released for a Nintendo system.

CBR had the chance to interview the creative director and the executive producer of DC Universe Online. “Bringing the game to the Switch was something that’s very close to my heart.” Said Leah Bowers, the Executive Producer. “Nintendo was the first console I really connected with; and yet, I associated the brand with first party or platform games. But when the switch came out, it blew my mind and highlighted the possibilities that were there.”

SJ Mueller, the game’s creative director, also stated that the game’s success wouldn’t have happened if it weren’t for a very important asset: The fan community. “Listening to the community about how to improve the experience – as both a fan and a creative director – has been invaluable,” Mueller says. “You have to listen to [the players] to know if you’re hitting the mark, if you’re achieving what you set out to do. I feel like that has made us even better at making content, making an experience where you’re not battling the UI, but fighting villains alongside Superman! I think that was a huge difference in our original launch versus our launch now.”

DC Universe Online will be available for Nintendo Switch players at some point during Summer, 2019.

Anthem Player Count on Xbox One Now at Less Than 2,500, Drops From Top 49 List