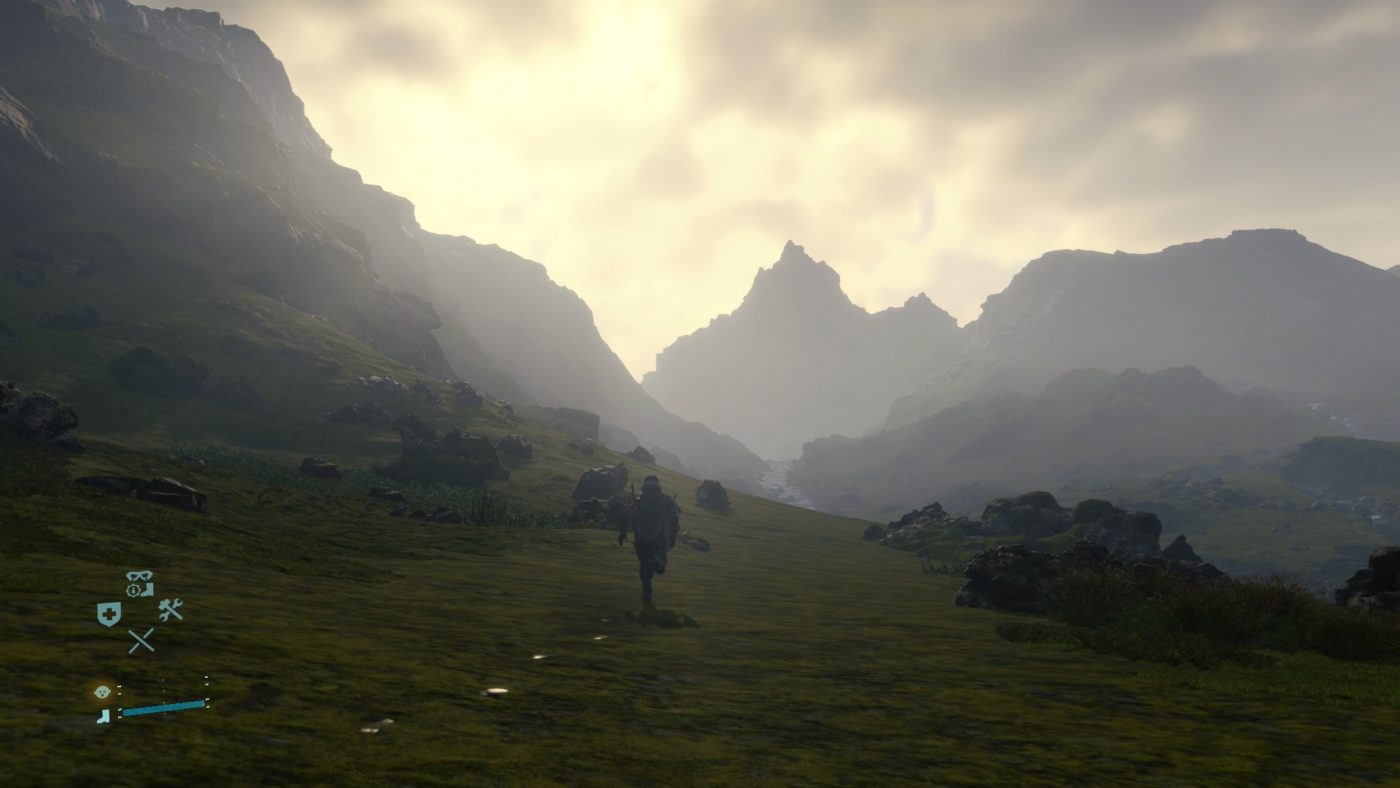 This is an action game in which players assume the role of a courier (Sam Porter) transporting packages across a post-apocalyptic environment. As players traverse mountainous terrain, they can be attacked by human settlers and ghostly apparitions. Players use machine guns, grenades, and shotguns to kill enemies; firefights are highlighted by realistic gunfire, large splashes of blood, and cries of pain. In some stages, players can perform stealth takedowns of enemies (e.g., strangling characters from behind). Cutscenes contain more intense instances of violence: a man and an infant shot—the latter, accidentally (blood splatter appears below the infant); a character shooting a comatose patient in the head; a man stabbing himself repeatedly in the distance. A handful of scenes depict a character with his buttocks exposed. The words “f**k” and “sh*t” appear in the dialogue.

Given how a recent trademark registration for a new PlayStation Experience has surfaced, could this be part of the show? This is assuming that Sony does intend to push out a show later this year.

Will you double dip with Death Stranding on the PS5 What would make you do it?