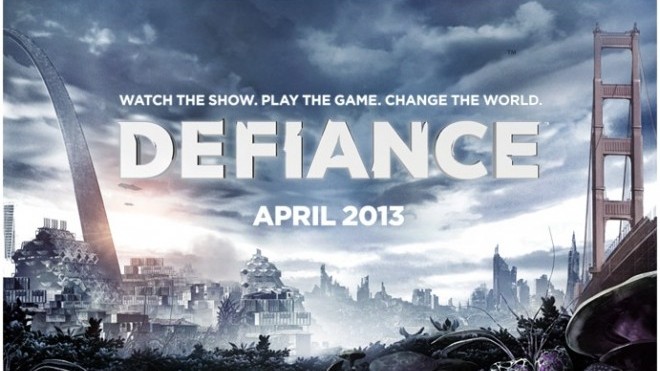 If you didn’t know this now, Defiance, the game, will be getting a TV show tie-in that will debut on the Syfy channel this April.

Unlike most TV and game adaptations, Defiance does something new by linking both the game and the show together as a cross-platform series. What ever happens in either of them, will happen in both. If you want a full experience, you’ll want to partake in both the game and the TV show as it’ll offer a more deep and richer story.

Here’s a sneak peek at what to expect.

Don’t forget to check out the latest details on the Defiance PC beta and our upcoming beta key giveaway!

Play the game and watch the show this April.