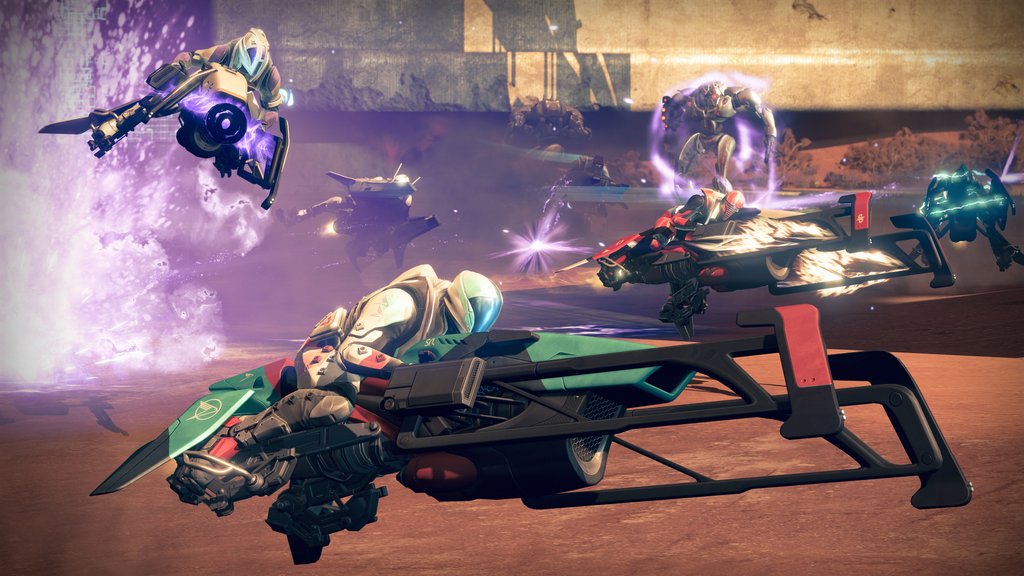 Destiny‘s latest update has arrived, changing the game’s official build number to 2.1.0 and bringing with it a lot of exciting new changes and features, including the recently-revealed Sparrow Racing League.

Right away, you’ll want to visit Amanda Holiday in the Tower Hangar to kick a new quest line asking you to participate in a number of races. There are two brand new race courses built specifically for the event, one on Venus and one on Mars. As you upgrade your license, you’ll earn new gear and Sparrows, some of which can be infused to higher Light Levels.

Be sure to bookmark Bungie’s official Sparrow Racing League page for more details and to keep track of how much longer the event stays live.

Other patch highlights include a broad range of balance tweaks to each weapon class and a number of Exotic weapons, as well as a handful of changes to all three Titan sub-classes.

Read on for all the nitty-gritty specifics, courtesy of Bungie.net, and drop your thoughts in the comments below.

UPDATE: Updated the base weapon damage values on Auto Rifles and Pulse Rifles to reflect corrections made to Bungie’s patch notes.

An in-depth overview of Titan changes

An in-depth overview of Weapon changes

The Division Xbox One Alpha Codes Are Being Sent Out Today, Beta Moves To Early 2016