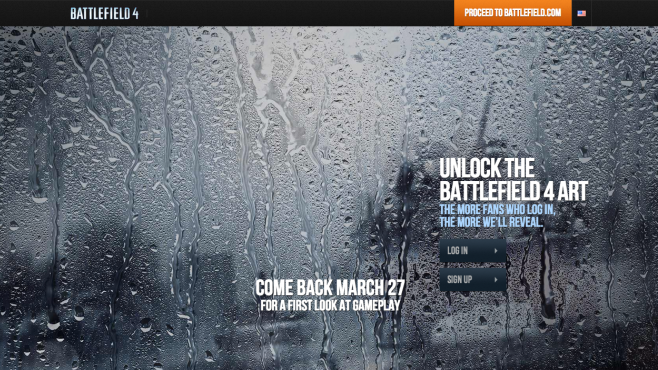 Visiting the website will bring you to an image covered by rain and condensation. As a small interactive element, you can use your curser  to try to wipe the condensation away, but it’s pretty tough to uncover the entire image that lays behind.

Logging in with your Origin appears to reveal the following art, similar to the Battlefield 4 art we saw earlier, but without the running soldier. 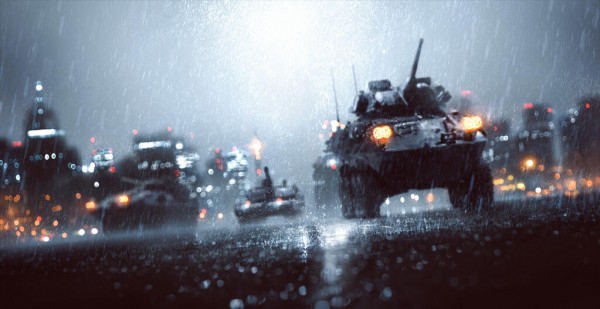 It also looks as though logging in will score you the “I Was There” Dog tag for use in Battlefield 3, though it “may take up to 24 hours” to appear in-game and on the Battlelog.

Near the bottom, the website reads “come back march 27 for a first look at gameplay,” a date that DICE and EA revealed earlier this week as being the day the public will get their peak at Battlefield 4’s first trailer. Check out the original teaser here.

Pretty exciting stuff! You can visit the website for yourself right here.

Additionally, those looking to get their Battlefield fix might be interested to know that Origin is celebrating ‘Player Appreciation Week’ by putting a number of popular shooters on heavy sale (up to 70% off), including Battlefield 3, Battlefield 3 Premium Edition, all Battlefield 3 DLC and shortcut kits, Battlefield: Bad Company 2, Dead Space 3, the Crysis series, the Medal of Honor series and much more.

You can check out the sale right here.