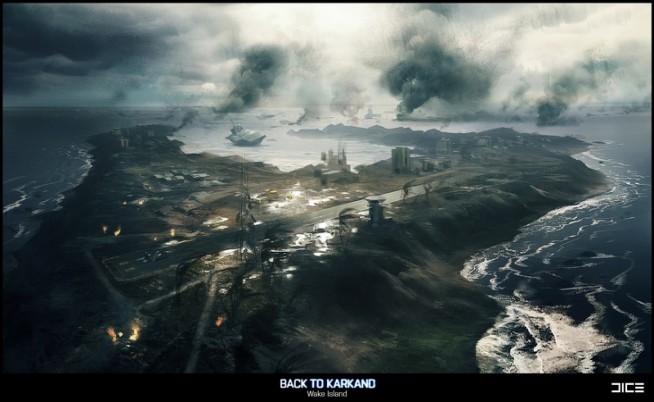 In a podcast with the Official PlayStation Blog, Community Manager Ian Tornay, aka Crash 7800, spoke a few words about DICE’s upcoming expansion pack to Battlefield 3, Back to Karkand.

Here, he really stressed the words “expansion pack.” We’re interested in not doing map packs. We want to make expansions. We want to add content and we want to change the way people are playing.” Whether or not this was a hint at other franchises with heavy duty post-launch support, this is definitely a unique take on adding content to a big hit title with long lasting value. If we can take Battlefield: Bad Company 2’s Vietnam as any indication, we can expect good things from DICE in the future. “With Frostbite 2 being a new engine and Battlefield 3 being our biggest launch ever and the best Battlefield ever, we’re so focussed on getting user feedback. We really want Battlefield to be long tailed, to be for the users by the users,” Mentioned Tornay. What we can most likely take from this is that if you have any strong ideas for post-launch downloadable content, let DICE know. As Tornay said, “we’re not ruling anything out.”

Alan Kertz also recently spoke more on the subject of balance in his continuing search for fan feedback.

Some fans noticed his intent to increase the general damage of semi-automatic sniper rifles, assault rifles and light machine guns over long range. Kertz clarified saying, “slightly, so that it’s 5 hits at range even if you hit limbs.” Speaking of range, some have noticed that the range of the recon class weapons aren’t as long as what many think is should be. Kertz responds: “All bullets had a standard time to live, the sniper rounds will be getting an increase in the future.” Lastly, Kertz has stated the final word on more than 24 players on consoles: “Not this generation.”

Are you happy with DICE’s take on post-launch “expansions?” What type of DLC would you like to see in the future? Let us know in the comments below!

Don’t forget to check out the full list of Back to Karkand Weapons and Attachments.

Treyarch on Tweaks for Black Ops and “Next” Call of Duty