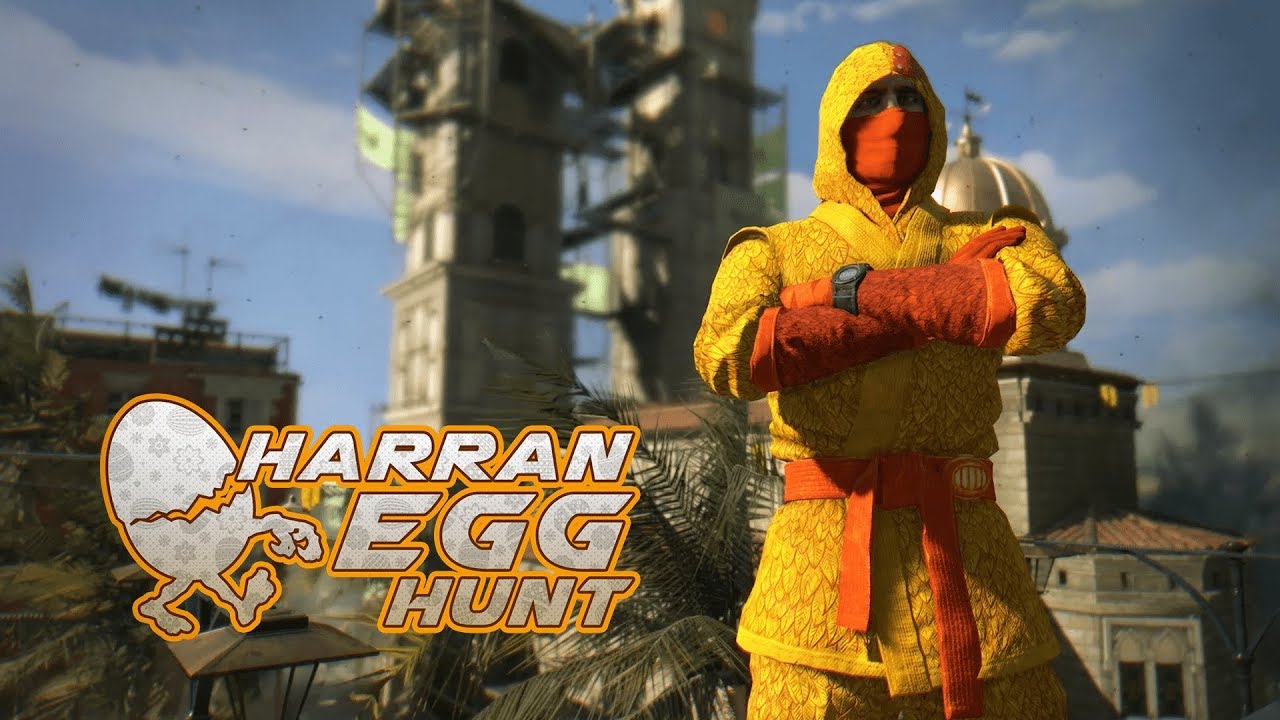 Regardless if you’re stuck at home or not, Techland is making sure the zombie hunter in you will have something to do, as the studio has announced the Dying Light Harran Egg Hunt event! Starting today, until April 13, the Chicken Ninja is back to take no prisoners!

Watch the trailer below.

Easter is here, and so is the Harran Egg Hunt!
Ready your baskets for the eggs and sharpen your blades for bunny zombies.

The Chicken Ninja is back in town, which means we can get the annual Harran Egg Hunt rolling. As the name of the event suggests, the objective is to collect special Easter eggs – the more, the better. You will find them among the usual loot in various containers, but as you explore the city, you’ll also notice little zombies dressed in white. Those might not exactly be the cute Easter Bunnies we all deserve, but they’re what we’ve got nevertheless. If you catch and kill one, you get an egg too. In case you wonder why the eggs look like decorated grenades – it’s because that’s what they are. They come in four different types and can be used in combat to poison the enemies, freeze them, set them on fire, or knock them out.

When the community reaches the global goal, everyone will receive three gold weapon dockets. There are also two rewards for completing personal bounties – a gold weapon and the Cock-A-Doodle-Do Outfit (the legendary Chicken Ninja apparel). The event ends on Monday (April 13, 19:00 CEST). Happy hunting, Survivors!

I’ve said it before, but it bears repeating, Techland’s support for Dying Light has been nothing short of phenomenal. Hopefully, Dying Light 2 receives the same treatment. Speaking of which, Dying Light 2 has been delayed, and there’s no definite release date just yet.