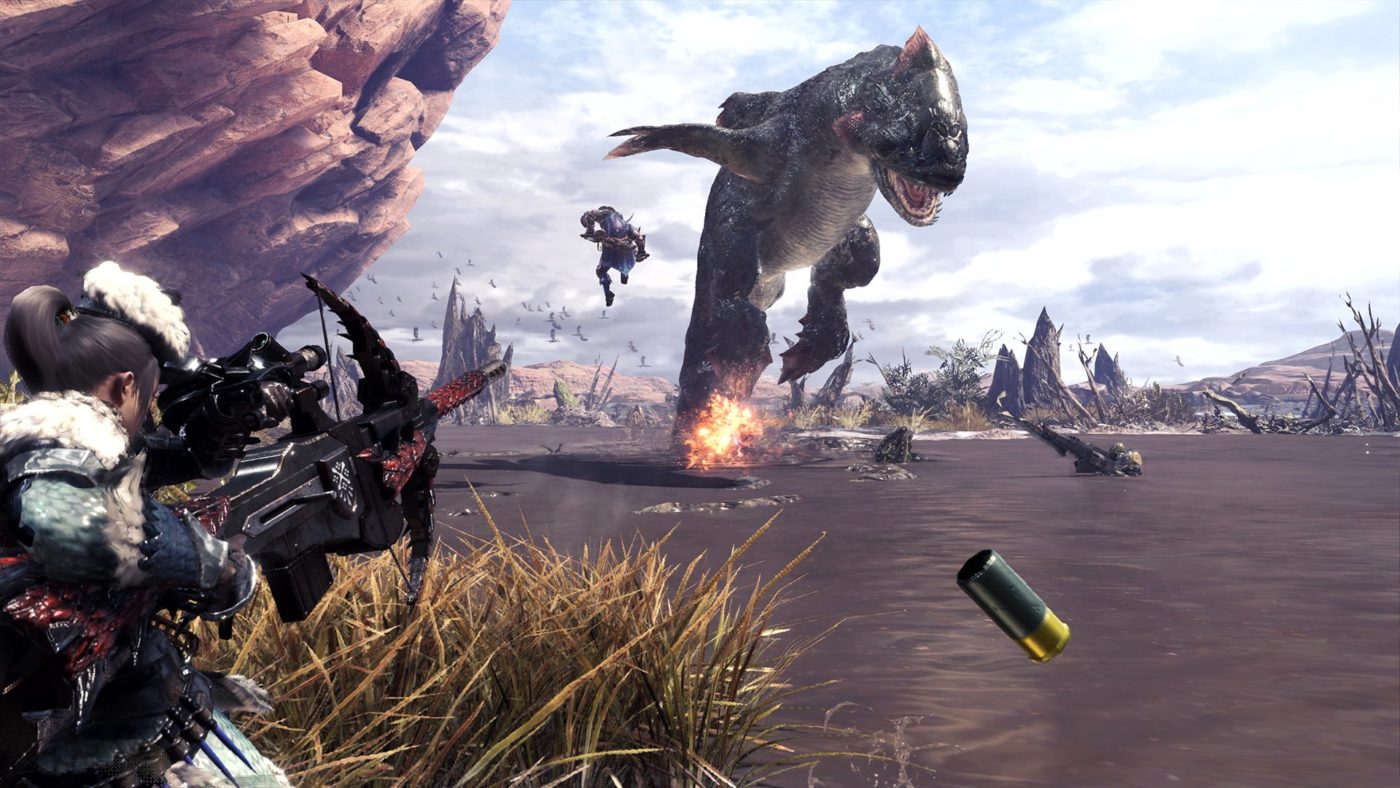 With over five million Monster Hunter: World players taking down creatures in-game, Capcom clearly feels it’s time to turn the difficulty up a notch. The publisher is now offering £50,000 to anyone that proves the existence of a mythical beast.

Judging the evidence will be cryptozoologist Jon Downes. If several people submit “comprehensive evidence,” then the £50,000 will be split between the winners. 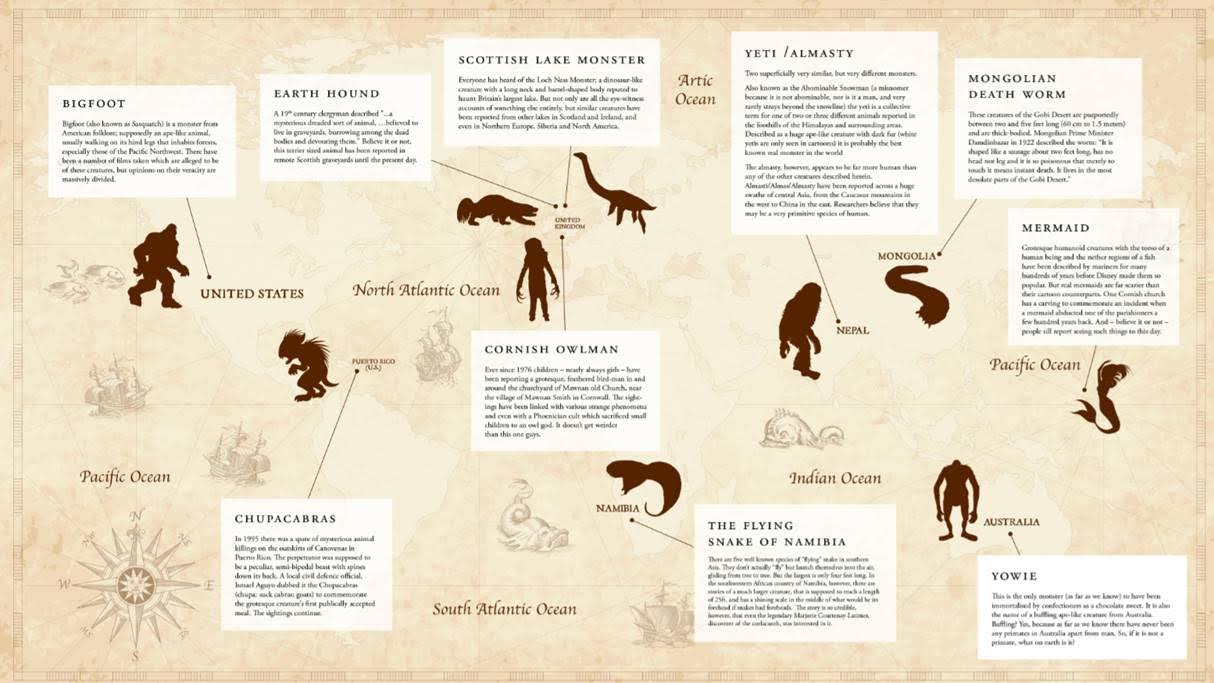 Bigfoot (also known as Sasquatch) is a monster from American folklore; supposedly an ape-like animal, usually walking on its hind legs that inhabits forests, especially those of the Pacific Northwest. There have been a number of films taken which are alleged to be of these creatures, but opinions on their veracity are massively divided.

Everyone has heard of the Loch Ness Monster; a dinosaur-like creature with a long neck and barrel-shaped body reputed to haunt Britain’s largest lake. But not only are all the eye-witness accounts of something else entirely, but similar creatures have been reported from other lakes in Scotland and Ireland, and even in Northern Europe, Siberia and North America.

These creatures of the Gobi Desert are purportedly between two and five feet long (60 cm to 1.5 meters) and are thick-bodied. Mongolian Prime Minister Damdinbazar in 1922 described the worm: “It is shaped like a sausage about two feet long, has no head nor leg and it is so poisonous that merely to touch it means instant death. It lives in the most desolate parts of the Gobi Desert.”

Grotesque humanoid creatures with the torso of a human being and the nether regions of a fish have been described by mariners for many hundreds of years before Disney made them so popular. But real mermaids are far scarier than their cartoon counterparts. One Cornish church has a carving to commemorate an incident when a mermaid abducted one of the parishioners a few hundred years back. And – believe it or not – people sill report seeing such things to this day.

A 19th century clergyman described “…a mysterious dreaded sort of animal, …believed to live in graveyards, burrowing among the dead bodies and devouring them.” Believe it or not, this terrier sized animal has been reported in remote Scottish graveyards until the present day.

Two superficially very similar, but very different monsters. Also known as the Abominable Snowman (a misnomer because it is not abominable, nor is it a man, and very rarely strays beyond the snowline) the yeti is a collective term for one of two or three different animals reported in the foothills of the Himalayas and surrounding areas. Described as a huge ape-like creature with dark fur (white yetis are only seen in cartoons) it is probably the best known real monster in the world. The almasty, however, appears to be far more human than any of the other creatures described herein. Almasti/Almas/Almasty have been reported across a huge swathe of central Asia, from the Caucasus mountains in the west to China in the east. Researchers believe that they may be a very primitive species of human.

In 1995 there was a spate of mysterious animal killings on the outskirts of Canovenas in Puertio Rico. The perpetrator was supposed to be a peculiar, semi-bipedal beast with spines down its back. A local civil defence official, Ismael Aguyo dubbed it the Chupacabras (chupa: suck cabras: goats) to commemorate the grotesque creature’s first publically accepted meal. The sightings continue.

8. The flying snake of Namibia

There are five well known species of “flying” snake in southern Asia. They don’t actually “fly” but launch themselves into the air, gliding from tree to tree. But the largest is only four feet long. In the southwestern African country of Namibia, however, there are stories of a much larger creature, that is supposed to reach a length of 25ft, and has a shining scale in the middle of what would be its forehead if snakes had foreheads. The story is so credible, however, that even the legendary Marjorie Courtenay-Latimer, discoverer of the coelacanth, was interested in it.

This is the only monster (as far as we know) to have been immortalised by confectioners as a chocolate sweet. It is also the name of a baffling ape-like creature from Australia. Baffling? Yes, because as far as we know there have never been any primates in Australia apart from man. So, if it is not a primate, what on earth is it?

Ever since 1976 children – nearly always girls – have been reporting a grotesque, feathered bird-man in and around the churchyard of Mawnan old Church, near the village of Mawnan Smith in Cornwall. The sightings have been linked with various strange phenomena and even with a Phoenician cult which sacrificed small children to an owl god. It doesn’t get weirder than this one guys.

Submit your entries to monsterhunter@hopeandglorypr.com. (Good luck with that!)

If you missed our Monster Hunter: World review, get caught up by reading it here. (Spoilers: We think it’s a fantastic game!)

Facebook Gaming Creator Program Is Live, Here’s How to Apply