by Jamie Moorcroft-Sharp
in News, Title Updates and Patches

Bethesda has revealed Fallout 76 Public Event changes which will hit the game with Patch 13, an update due out next Tuesday. The updates to Public Events are based completely on player feedback, and as such they should please the community as a whole with both changes to UI and mechanics.

Bethesda has taken a number of multiplayer-focused events from fallout 76 and recategorised them as Public Events. The reason they’ve done this is to differentiate them from the rest of the game’s events, and update them with new mechanics and UI. From next Tuesday onwards, all Public Events will be free to fast travel to from the map in Fallout 76. Usually there is a cost in Caps, the game’s premium currency, to fast travel to locations, but Public Events won’t have this cost. The reason for this, Bethesda says, is that players were complaining about fast travelling to an event, only to see it end before they can join, but still get charged for that travel.

The new UI for Public Events is below, check it out and read on. 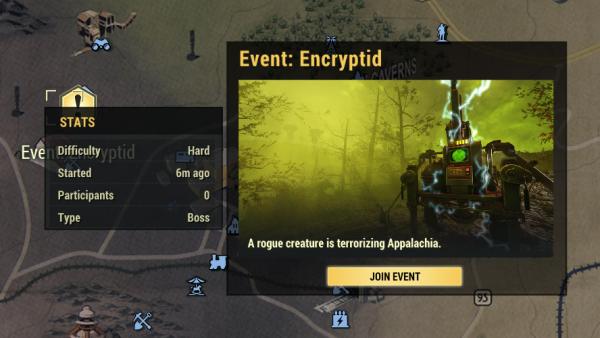 The new UI is designed to provide enough information for players to make an informed decision over whether they should join the event. The difficulty indicator helps them out if they’re looking for harder tasks, or they’re too low a level, while the type helps them farm certain events for particular rewards. The number of participants is also helpful, because certain events may be impossible with too few players, and the timer gives players a good indication of whether the event will be almost complete, or freshly started. The images for each event are designed to help players identify the specific event within its type, so for this one it’s most likely a Scorchbeast encounter. 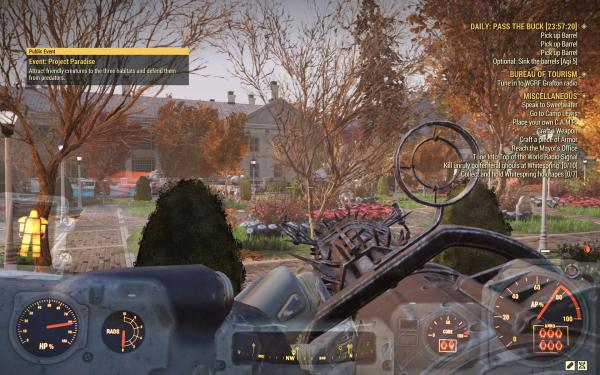 In addition to the new UI, players will also have more information about Public Events in the form of announcements. Players under level 7, or those in Vaults, won’t get these announcements, but all other payers will. This should help those players who want to farm Public Events do so.

Bethesda is implementing some new mechanics for Public Events. First of all, players no longer drop their junk when they die in a Public Event. Instead their respawn timer will grow with each death, until it reaches the maximum of 20 seconds. Second, Public Events won’t be triggered by entering the area anymore, now players have to make an action. These actions vary from turning on the boilers for Tea Time, to finding the Strangler Heart for Heart of the Swamp. If no one interacts with the event within the time limit, it will time out. The final change is that only one Public Event will now ever be active at once. Before there were timers for each separate event, but Public Events all work off of one single timer to ensure they are rotated correctly, and to push all players to a single event.

All of the above changes are being made to the following events.

In addition to the above, older events such as Fasnacht and Meat Week have been retrofitted with the changes. This is a good indicator that the events will return in the future.

These changes to Public Events are a great step in the right direction from Bethesda. Many players are sick of how the UI looks, and how many systems work at the moment in Fallout 76. Making changes such as these, based on player feedback, will only server to please the community and build up their confidence in the company behind Fallout 76.

Check out our article on the latest Fallout 76 patch here.