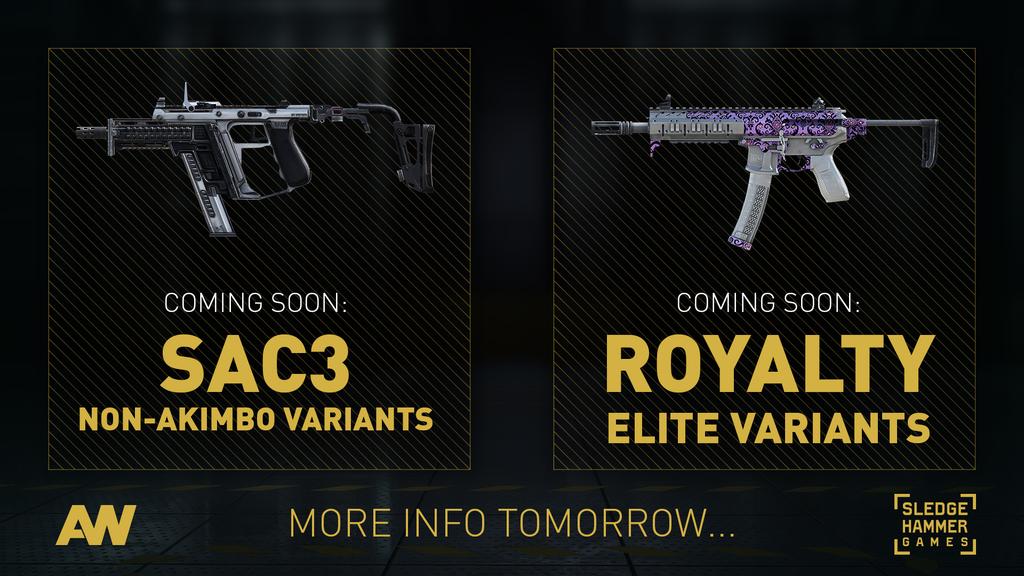 This Tuesday, developer Sledgehammer Games is giving Call of Duty: Advanced Warfare fans some new toys to playing with.

First up, gunslingers will soon be able to wield a new version of the SAC3 sub-machine gun that allows players to carry just one at a time and actually aim down sight with it.

“The SAC3’s signature dual hand, high-rate of fire sub machine gun profile made it deadly for those who could forsake the aim down sights feature provided with standard SMGs,” wrote Sledgehammer in a new update today. “Starting on 5/19, we’re introducing five new non-akimbo variants of the SAC3 available through both Supply Drops and Advanced Supply Drops on Xbox One (Coming soon to PS4 & PC).” 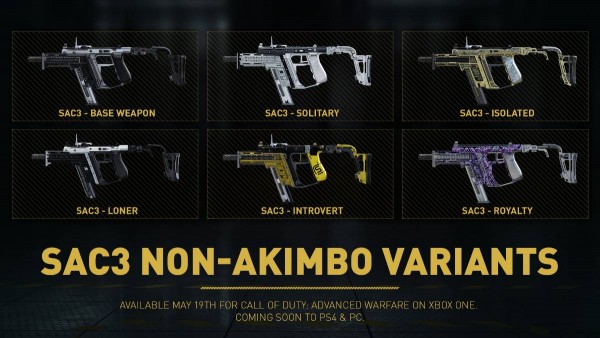 This Tuesday also marks the launch of a brand new class of Royalty Elite weapon variants that sport the same purple and gun-metal camo as the Grand Master Prestige armor. According to Sledgehammer, they will have “similar stats to some of the elite versions of weapons you already love.”

“Elite royalty weapons will be available through both Supply Drops and Advanced Supply Drops on Xbox One (Coming soon to PS4 & PC), with our first 10 favorites launching on May 19th,” the studio explains.

Which one catches your eye? Tell us in the comments!

Keep your sights on MP1st for more Call of Duty: Advanced Warfare updates.