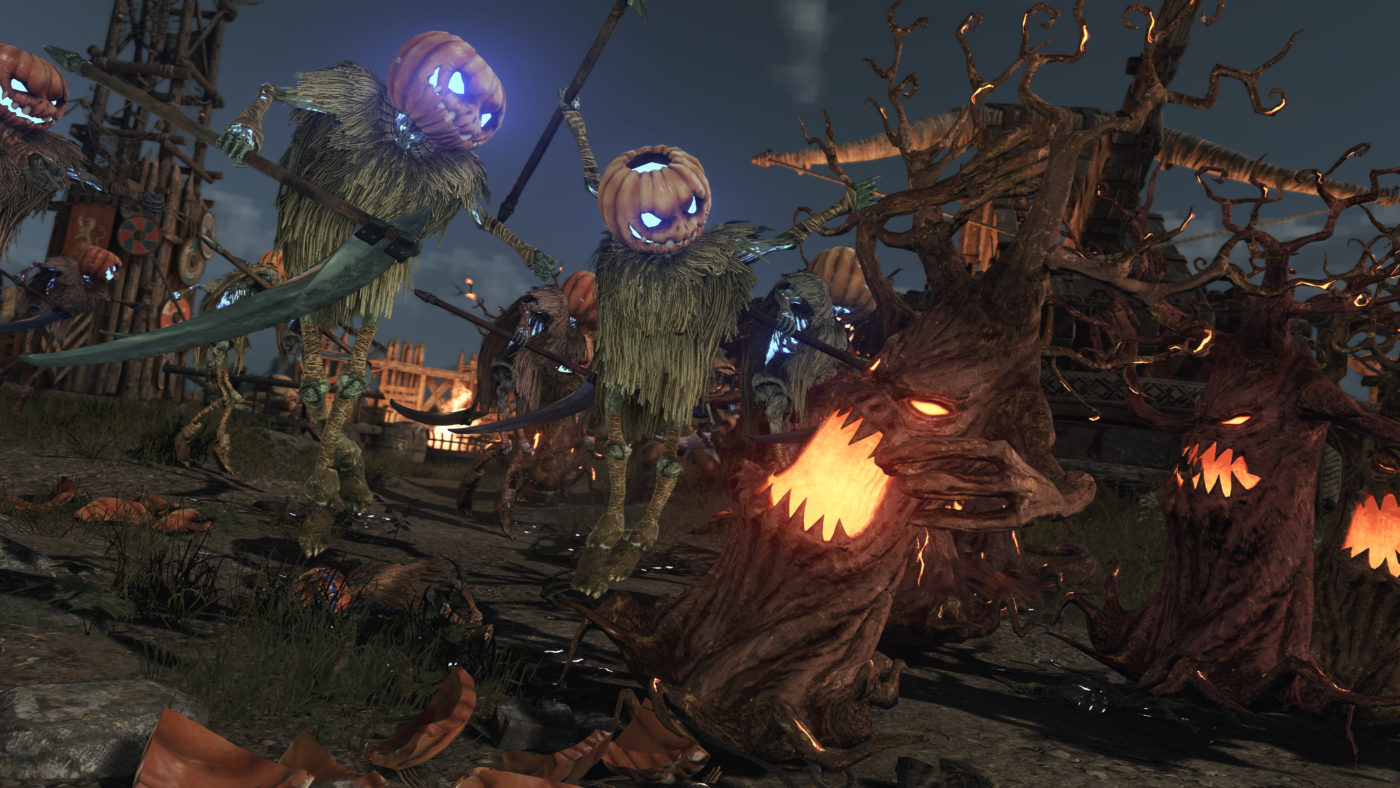 Fighting game fans looking forward to something Halloween-related to hit For Honor, that time is coming tomorrow! Ubisoft has announced the For Honor Halloween event and it’s called the “Monsters of the Otherworld.” This event will commence tomorrow and is free for all players.

The For Honor Halloween event runs from October 22 until November 12. Head on below for the trailer and official info straight from the press release.

The “Monsters Of The Otherworld” event will start on October 22 and run for three weeks, bringing two frightening PVP game modes inspired by Dominion mode. From October 22 to November 5, players can enjoy Endless March and battle Minions replaced by powerful skeletons, who pose a risky challenge for players to earn rewards of hard points. From November 5 to November 12 in Spooky Slashers, players can capture zones to gain special boosts and eliminate demons lurking around the map. With danger around every corner, players will have to be brave and show no mercy.

Players will have the chance to win new exclusive rewards such as weapons and ornaments, as well as rewards from past Halloween events during the three weeks. New items will also be available in the in-game store including illustrious outfits, masks, and execution modes.

The “Monsters Of The Otherworld” event comes as part of For Honor’s Year 4 Season 3 Resistance, which tells the story of the rebellious warriors who take a stand to defeat a common enemy: The Warmongers and their regime of terror. Resistance has brought a new event, new map, new Battle Pass, Battle Bundle, new seasonal customization, and other exciting updates to the game.

We’re not expecting a patch to be released for tomorrow’s event, but if we do get one, we’ll let our readers know.