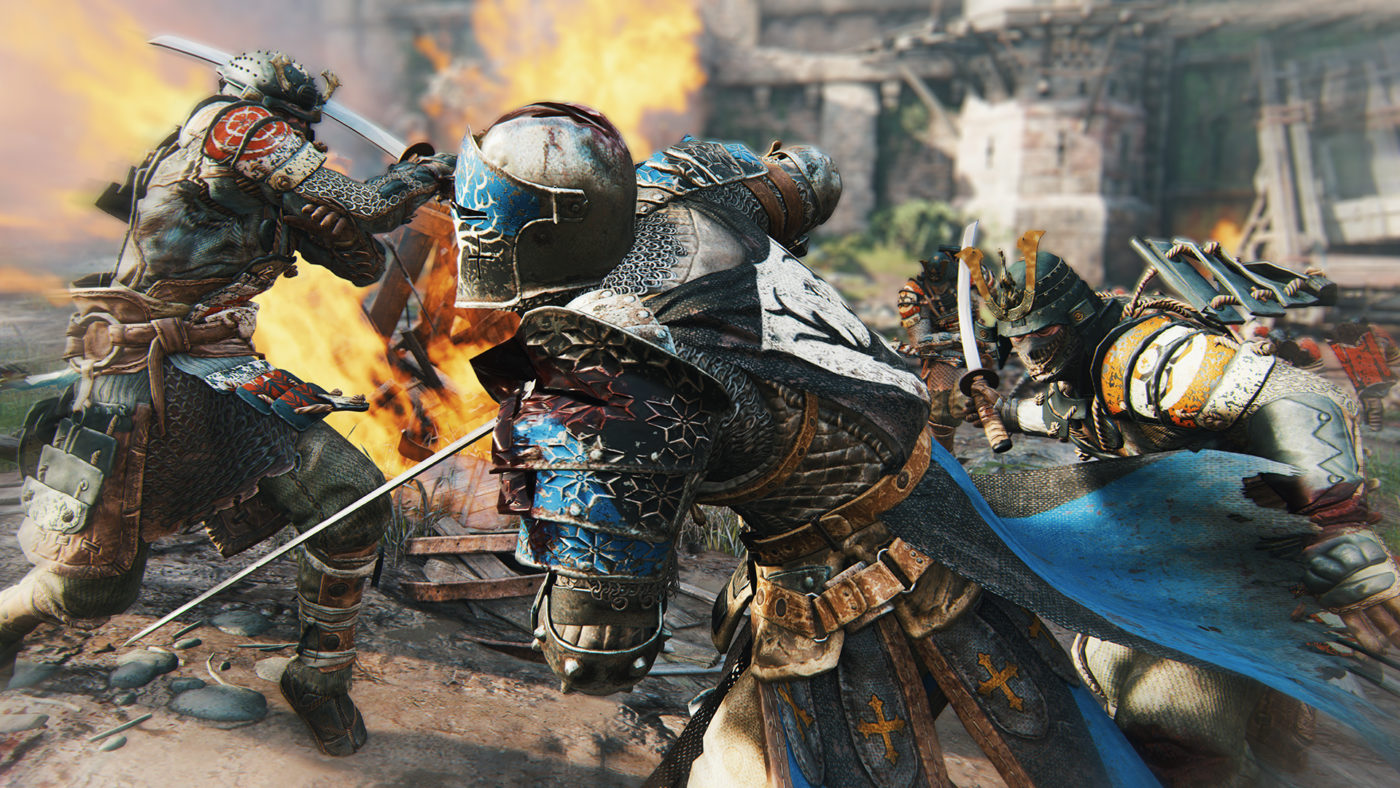 For Honor Patch 1.14 Is Out Now, Attempts to Restore Balance

Update 1.14.1 makes a huge number of changes, all of which can be caught up on here.

If you’re only interested in the main tweaks and improvements, however, then read on for the biggest changes and the developer’s comments.

Players were able to elect to launch attacks without having a target locked, and if they performed this in a particular way, the attack would still be aimed at you, but you could not parry it.

We fixed this by forcing the system to aim directly at the nearby target.

Developer Comments: This will significantly reduce the unlock exploit as it makes it impossible to move away from a target and attack in 1v1 situations. From now on, out of lock attacks always snap towards a target if in range. As a consequence, we’ve updated rotation speeds on some character’s Zone Attacks (Conqueror, Highlander, Shinobi and Shugoki).

(Note: We do acknowledge that there still exist very specific situations in which your opponent may be unable to parry – but these situations should be extremely rare in actual gameplay. We will continue to address those scenarios as well in the long-term – but for now, at least this will no longer be something that negatively affect the game as it did before.)

Developer Comments: The Headbutt and Dodge changes from our last update did not get the expected results. Those nerfs were too strong so we are reverting the Headbutt timing change and we are shortening the Dodge recovery by 100ms after increasing it by 200ms in our latest update. The damage buff on Side Lights and Counter Stab, while minimal, will help the Warlord kill enemies in critical state.

Developer Comments: With his Charged Heavies, the Centurion has the ability to engage in group fight from far away. We think his ability to pin you from long distances in 4v4 was too strong and we reduced the range of both Charged Heavies to allow you to better anticipate and react to the incoming threat.

The Jab had multiple issues that made him very frustrating:

We are addressing these issues to make the Jab a fair tool. In addition, to compensate for this we are making the Jab safer on Miss Recovery.

On top of that, the stamina drain reduction on normal Jab and stun removal on Legion Kick should improve the group fight experience when facing 1 or more Centurions.

Known issue: Moveset still says “Legion Kick” Stuns. We will address this in a future update.

Developer comments: We have noticed some players have difficulty blocking with the Shinobi. We have increased the timing of the reflex guard to facilitate the block but the duration is still shorter than other assassins such as the Peacekeeper or the Orochi. We would like the playstyle of the Shinobi to focus on dodge and repositioning instead of block. The stamina reduction on some dodge moves is meant to promote this playstyle.

What do you think to the updated fighters? Let us know below.