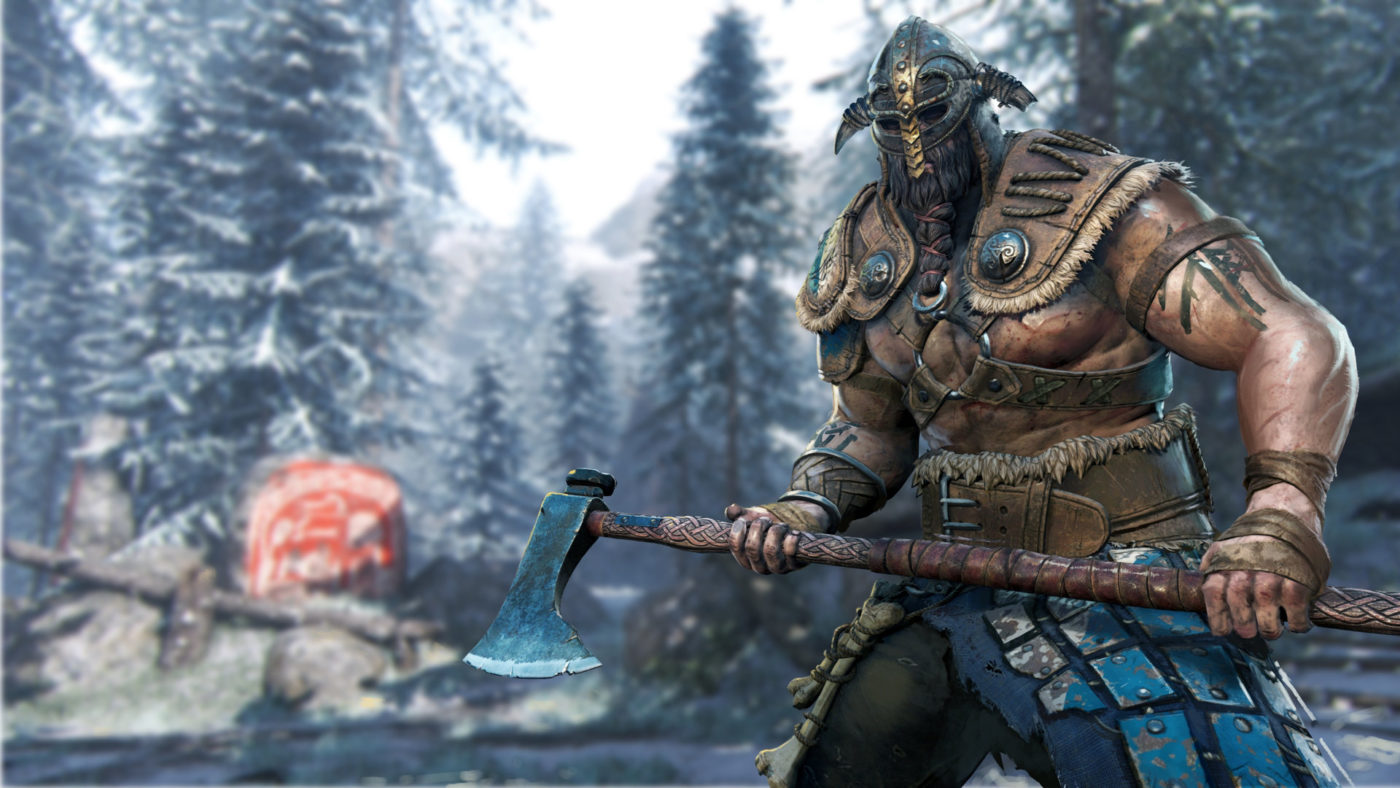 For Honor‘s latest update is now live and rolling out. It brings two new Heroes into the fight, two new maps and a new game mode called “Tribute”.

In addition to this, Ubisoft have added new customization options, allowing each Hero to equip four executions instead of two, and more.

The Shaman fights like a wildcat on the battlefield. She uses a dagger and hatchet to stab and slash relentlessly, overwhelming their opponents. When she smells blood, she will pounce upon her prey and remorselessly deliver the deathblow.

The Aramusha uses his blades for offense and defense. He can move very carefully or dodge very quickly on the battlefield. He capitalizes on the mistakes of his opponents to unleash a never-ending flow of fast attacks in every direction.

A pair of massive stone skulls stand as welcome or warning to those who seek to enter the Viking Fortress. Perched high on a hill, the Fortress is protected by a defensive gauntlet, built by seasoned warriors to stop attackers from reaching their most valued haven.

Out of tranquil marshland rises a Samurai village, a densely populated maze of twisting alleys and unusual architecture. Here the people live in stilt houses above the water, and the landscape has necessitated a push skyward, creating multi-tiered neighborhoods at varying elevations.

Two teams of four players fight for the favor of the gods. Each team must gather or steal offerings and bring them back to their shrines to unlock powerful blessings. The first team with three offerings (or the team with the most offerings at the end of the timer) wins.

When the timer reaches 0:00 (during any phase of the match) the phase will not resolve until the latest interaction with a Shrine is completed or interrupted. The match carries on or finishes according to the result of that interaction.

Drop conditions when carrying an Offering have been refined, they should now be consistent throughout:

Are you looking forward to trying out the new game mode and/or testing out a new character? Let us know below.