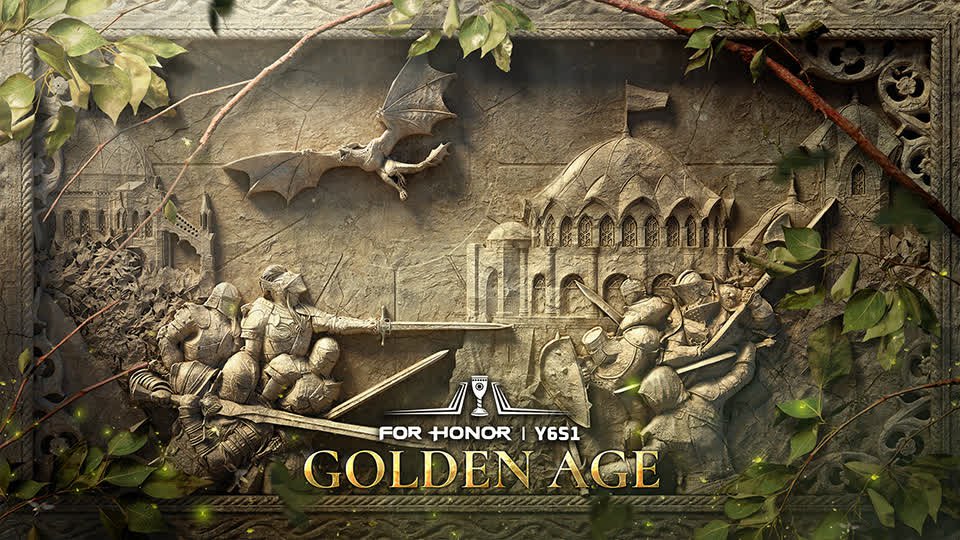 A brand new season is coming this Thursday for For Honor, and with its impending launch, Ubisoft has revealed the For Honor Y6S1 Golden Age trailer, showcasing a glimpse of what players can expect in terms of new content for the game. Check out the trailer plus other details on Year 6 Season 1 of For Honor below.

First up is the Y6S1 Golden Age trailer for For Honor, recently revealed during the dev livestream:

The Oath of Wyverndale includes a new game mode, free event pass, lootable weapons, and more. The game mode will take place on the Cathedral Map, where players will team up to challenge the Hero of the Golden Age, Lord Ramiel, in battle. The team that proves worthy of Ramiel’s ranks will get the chance to corner the enemy team and finish them off. Beginning in Year 6, a new feature allows players to apply Lord Ramiel’s Hero Skin, available at season launch for 25,000 Steel or $11.99. The Battle Pass will also be available at launch with 100 tiers of different rewards reflecting the season’s theme.

Ubisoft also announced that with the start of the new Season, players from across all platforms will be able to duke it out or play with each other thanks to crossplay! For this season, cross-platform play will be available for all multiplayer modes, apart from co-op experiences such as Custom Match (only Phase 1), Arcade, Training Mode, and the campaign. Phase 2 will allow players to group up with cross-platform friends and will come later this year.

For Honor Year 6 Season 1 Golden Age releases on March 17, Thursday. Stay tuned here at MP1st for the full patch notes on this latest update once it finally drops!