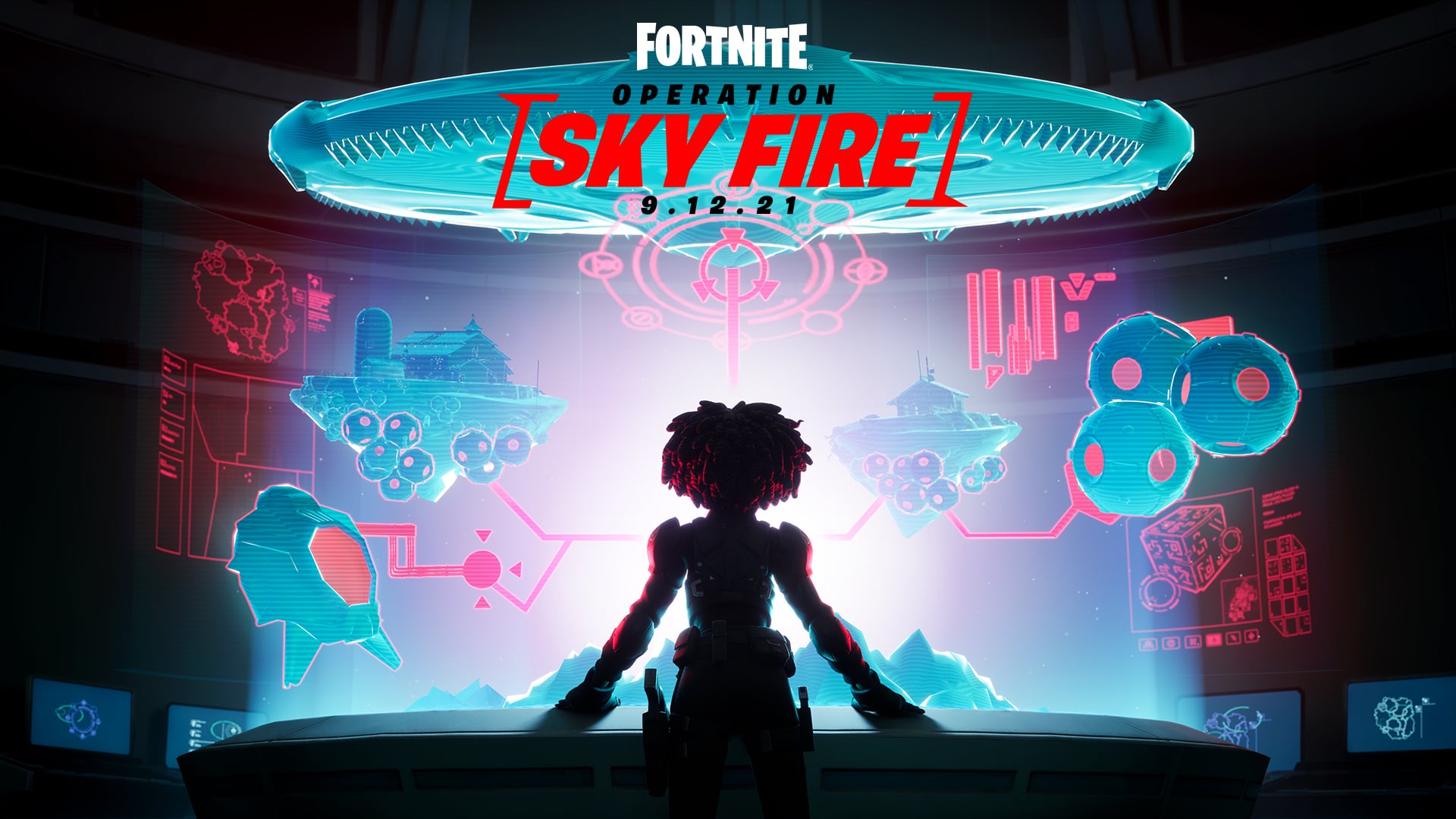 For the millions of gamers playing Fortnite, chances are, some might be panicking now, given Fortnite servers are down currently. Nope, it’s not you, but it’s by design by Epic Games, and it’s for the game’s upcoming major event.

Why Are Fortnite Servers Down This September 12?

It;s for the upcoming Operation: Sky Fire event, which will begin tomorrow, September 13 at 2am ET/11PM PT/2PM HKT/6AM UTC! Here’s the full announcement from Epic Games:

Cubes are currently taking over Fortnite as a result of Operation: Sky Fire, shaping up the next Season…

During this Cube takeover, you’ll be unable to play Fortnite prior to server downtime. Prepare to defend the Island!

Note: With the launch of the new Season, patch sizes will be larger than normal on Xbox Series X|S, Xbox One, PlayStation 4, and Nintendo Switch.

So you’re following Slone’s orders to sneak aboard the Mothership?

“Operation: Sky Fire,” her plan to end the Alien Invasion once and for all, kicks off at 04:00 PM ET(1PM PT/4AM HKT). The live event playlist will open up at 03:25 PM ET. We recommend being logged in before this time.

Put an end to the Alien occupation.

What Is Operation: Sky Fire?

This is the end of Chapter 2 Season 7, and here’s what Epic Games has to say about it:

With the Mothership’s sights set on the Imagined Order’s secret base at Corny Complex, Slone has hatched a plan to end the Invasion once and for all. You’ve answered her calls, worked as an undercover agent for the IO – now it’s time to infiltrate The Last Reality and put a stop to the Alien’s occupation.

The Operation: Sky Fire event playlist will be available 30 minutes prior to start for players to jump in and reserve their spot in the mission. Be sure to log in early and standby for go time. You can join the event with a full lobby of 16 friends, so bring the whole squad and more to help you tackle Slone’s secret mission.

For content creators and players looking to relive the moments of Operation: Sky Fire – note that replays for the event will not be available. Please take appropriate steps to record and archive your experience to share with everyone.

And be sure to wear a suitable disguise – invading an alien spaceship should be done in style.

There is a patch with this new content (v18.00), which we’re guessing will include a lot of new content. Once it’s out, we’ll let our readers know about it and what datamined info can be dug up.

PlayStation “Play Has No Limits” Trailer Includes References to Silent Hill, RE4 & More, Here’s What was Spotted

COD Vanguard Smoke & Distortion Effects Obscure Your Aim, and Here’s How Bad It Is