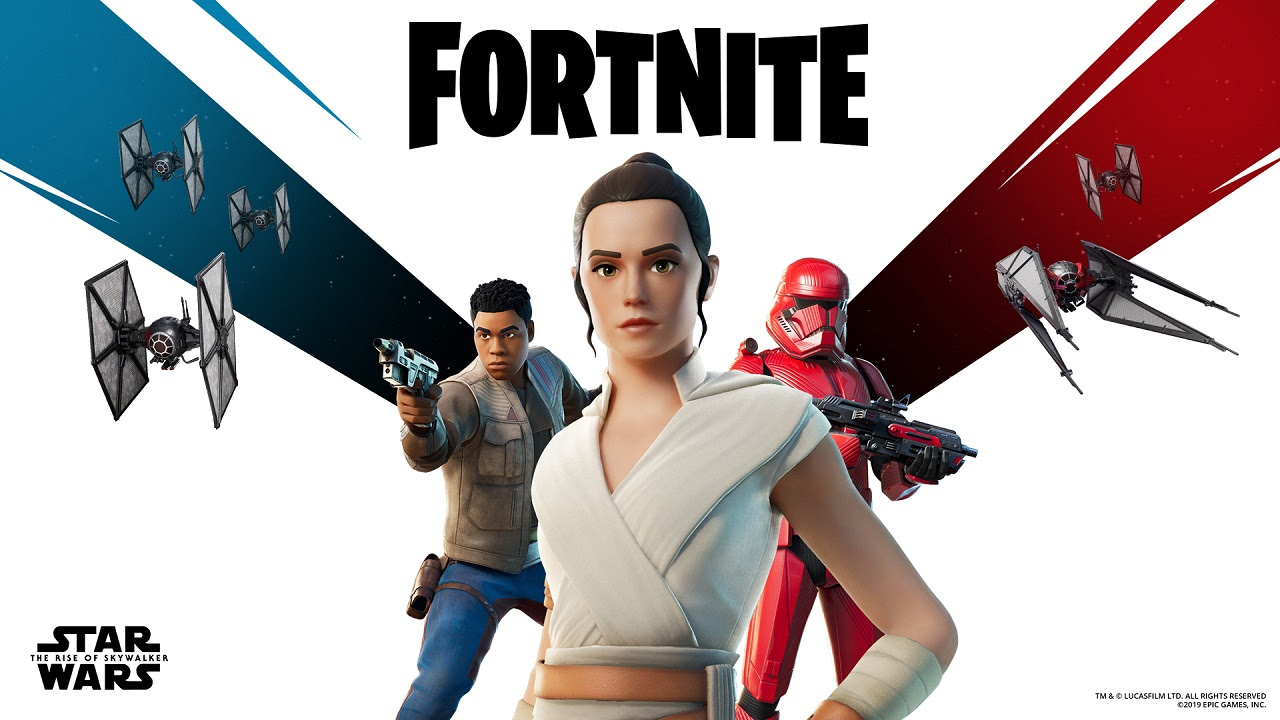 Announced during the Game Awards Show, the Star Wars: The Rise of Skywalker event will give Fortnite players an exclusive look at the upcoming film, while offering a few freebies. You can read up on the full press release down below.

” In case you missed the announcement at The Game Awards, director J.J. Abrams revealed that Fortnite will premiere exclusive, never-before-seen Star Wars: The Rise of Skywalker footage in-game on Saturday, December 14 @ 2pm ET live at Risky Reels. Everyone that attends the in-game event will also receive a free TIE Whisper Glider, a starfighter of speed and ferocity. 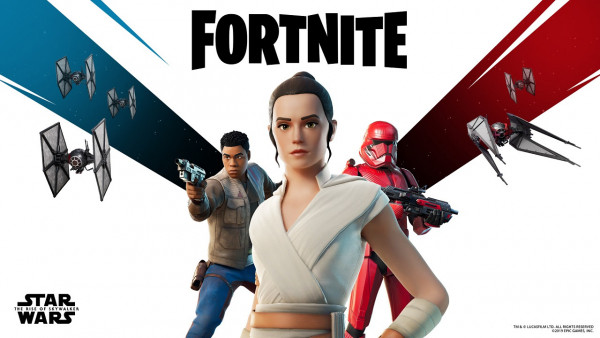 To celebrate the event, players can find new Star Wars Outfits, Gliders, Pickaxes and Emotes available now in the Item Shop. Come dressed as Rey, Finn, and more this Saturday, December 14 when the doors open at 1:30 PM ET and the event starts at 2 PM ET!”

The skins are currently available in the item shop as of writing this post and for those curious, the bundle costs 3500 v-bucks while buying the skins separately will put you back 1,500 ($15) V-bucks. in addition to the free TIE Whisper glider, there is also a first-order TIE fighter that is up for sale for 1,200 V-bucks.

Fortnite Star Wars: The Rise of Skywalker event will mark the second collaboration that Epic Games has done with Star Wars, with the previous happening just last month during Star Wars: The Last Order launch.

Of course, if you aren’t a fan of Fortnite and only want to see the never-before-seen footage for the Rise of Skywalker you can probably expect to see it pop-up on the Internet sometimes after it airs.

In related news, if you missed the latest Fornite patch notes you can read up on them here: Fortnite Update 2.48