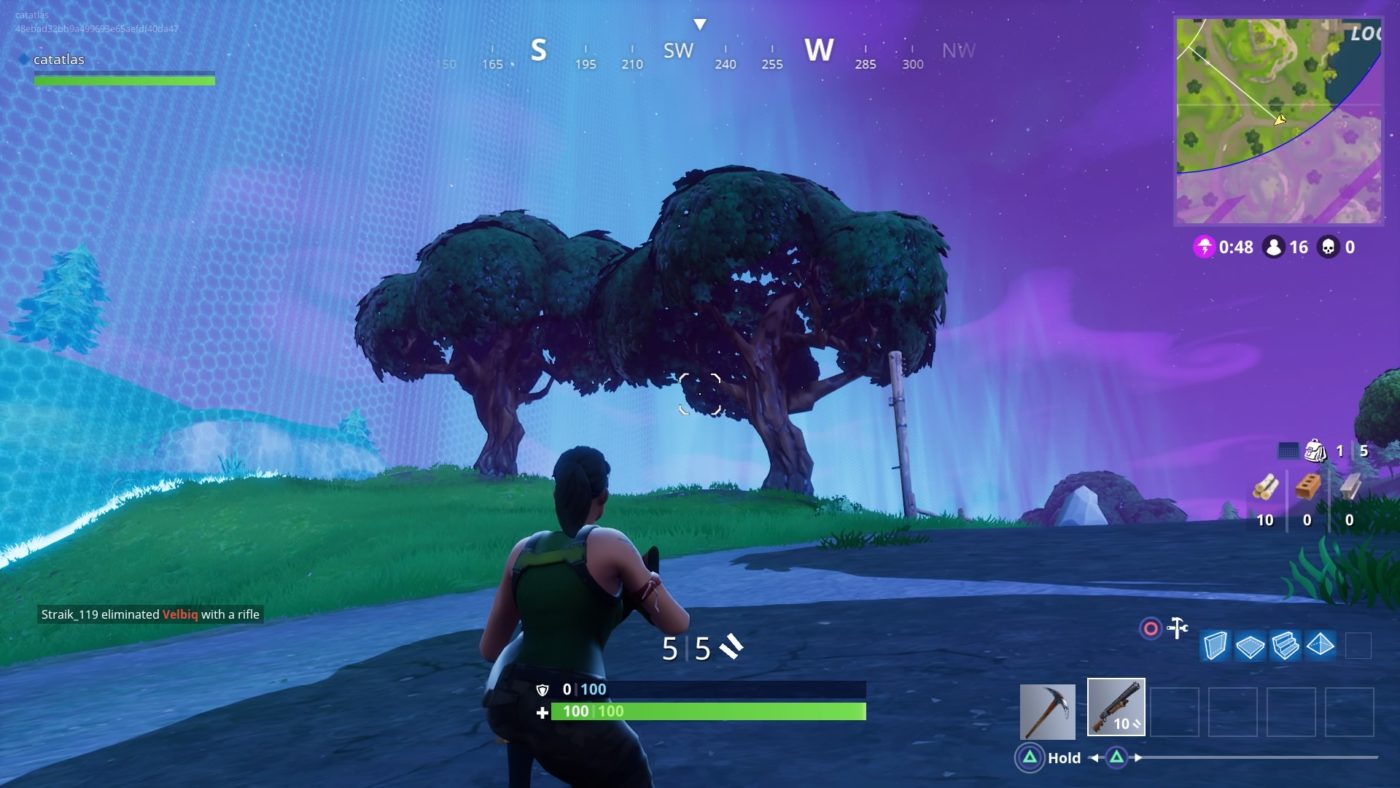 With the Fortnite Battle Royale player count growing and growing, the demand for new features is getting louder and louder. Epic Games’ free-to-play expansion has attracted a lot of attention, but without regular updates and content drops, player interest could quickly decline.

Happily, it looks like the developers are hard at work bringing new features to the game. In the latest developer update video, Epic Games’ Eric Williamson and Zack Estep detailed their plans for the next few patches, and what players can expect to see soon, as well as further down the line.

The main points of discussion were: voice chat (which has now been added), weapons and consumables, and scope adjustments.

With regards to weapons and consumables, the team is currently looking at balancing additional weapons, as well as a powerful potion that currently restores full health and part of the shield.

Weapon accuracy is also being looked at. The most notable change being tested is the complete overhaul of all weapons to use projectiles rather than hit-scan. This means bullets will travel over distance and it will be more challenging to hit enemies. Aim assist will also be looked at.

Player progression and customization are also a hot topic amongst the developers, as well the automatic picking up of ammo and other consumables.

You can watch the full developer update here:

I definitely like the sound of automatically picking up consumables! What changes are you most looking forward to seeing implemented?

In other Fortnite news, players on PC and PS4 have found a way to play with one another, update 1.7.2 (1.23) is out now with patch notes, and two cheaters have been banned and Epic Games is suing them.