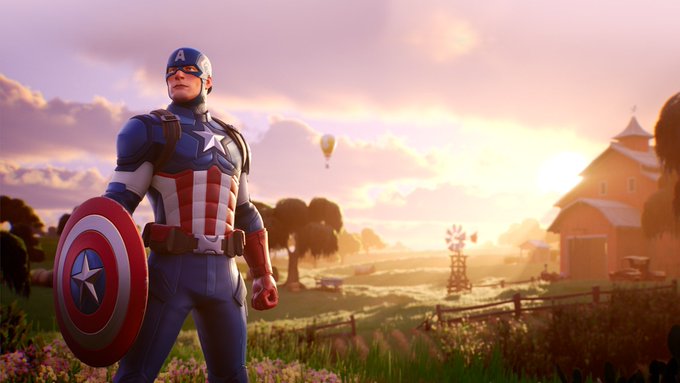 While we just got a Fortnite patch that brought in new content and gameplay fixes a few days ago, Epic Games has released the Fortnite update 2.77 July 3 patch. Clocking in at just 470MB in size on PS4, don’t expect any new content in this one. Well, except maybe for one, and that’s Steve Rogers aka Captain America! Yep, the Super Soldier is now in the game — at least his outfit is.

According to Epic Games, this patch is for the PS4, and it’s to address party invites. Note that the official Trello board has the Party Assist issue marked as “in development” and we’ve included that bit below.

We've released a maintenance patch on PlayStation 4 to address an issue with party invites. pic.twitter.com/6magWsHVID

Update (June 25, 2020)
The team continues to look at new ways to tackle Challenges together. We’ll share more info when we can.

Here’s a look at the Fortnite Captain America outfit! Nabbing the outfit will give players two items: his Proto-Adamantium Pickaxe and Back Bling. Wield the shield as your Pickaxe, or display it proudly on your back. There’s also a salute available as well. Check out gameplay of it below.

Armed with his indestructible shield and iron will, Super-Soldier Captain America will take on any obstacle thrown his way.

Captain America in the item shop

Aside from the party invites fix, there’s no mention of other fixes in this Fortnite update 2.77 July 3 patch, the official Fortnite Trello board has no update on other fixes as well. Note that Epic Games has NOT released anything gameplay-related, and if you read any gameplay changes not supported by evidence, be cautious as these could be made up.