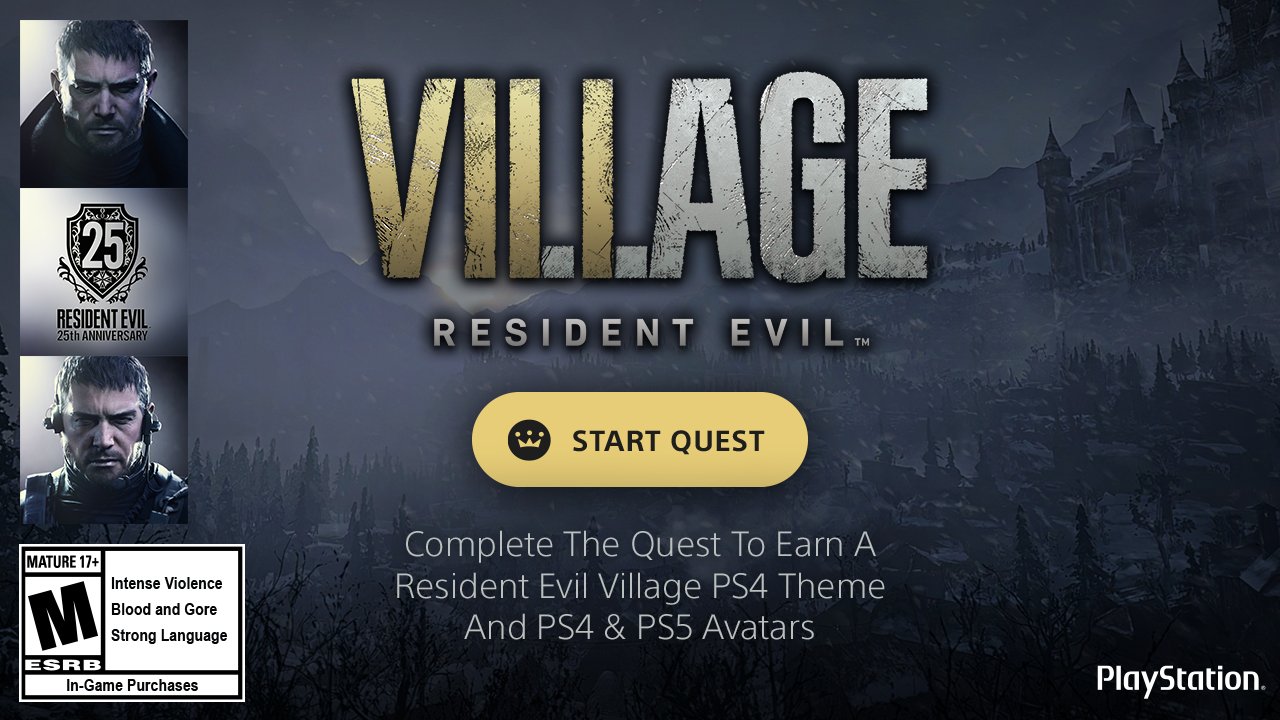 Resident Evil fans who are PlayStation users have the chance to earn some pretty neat customizable items to pimp their systems, as Capcom offers up Resident Evil Village PS5 and PS4 avatars and a PS4 theme too — which can be accomplished by completing quests!

As shared by the official PlayStation Twitter page during RE Village launch day, you can check out how to earn these customizable items and use them as you please with your PlayStation system.

Celebrate launch day with #REVillage Avatars for PS4 and PS5, plus a PS4 theme. Earn them by completing the quests here: https://t.co/M3xxSJigKV pic.twitter.com/dhrVYhofbC

As the long awaited new sequel to the Resident Evil series, here’s an overview of RE Village in case you’re new to the entire series.

Experience survival horror like never before in the eighth major instalment in the storied Resident Evil franchise – Resident Evil Village.

Set a few years after the horrifying events in the critically acclaimed Resident Evil 7 biohazard, the all-new storyline begins with Ethan Winters and his wife Mia living peacefully in a new location, free from their past nightmares. Just as they are building their new life together, tragedy befalls them once again.

If you happen to be playing RE Village on PS4 and eventually upgrade to a PS5 fret not – cross-saving is allowed between both consoles and you can read about that here.

Returnal Review: In the Loop

Destiny 2 Upcoming Update 3.2.0 Out Next Week, Here’s a Patch Preview