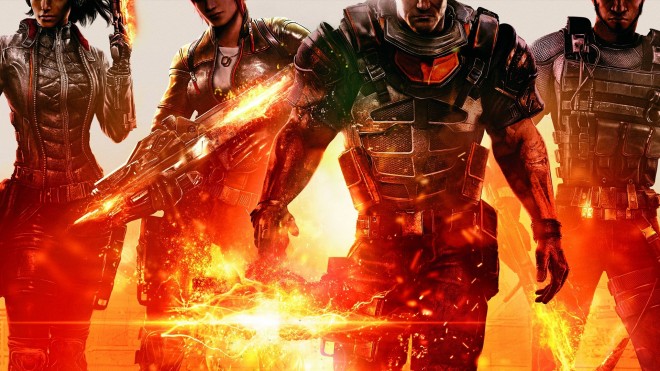 Hitting shelves May 28 in North America (May 31 in Europe), players will be able to take on the role of up to four elite, covert agents – Dalton Brooks, Izzy Sinclair, Jacob Kimble and Naya Deveraux. Each have their own unique “Xenotech” weapons and set of skills that you’ll be able to unleash while fighting with up to three other pals, or solo, switching between characters using the game’s “LEAP” feature.

Those who pre-order from various retailer will earn special armor and weapon customization for each of the game’s characters. “These weapons can be used to bolster their characters’ respective arsenals through increased damage on all one-handed weapons,” according to the press release.

Fuse is Insomniac Games’ first multiplatform title, releasing on the Xbox 360 and PlayStation 3.